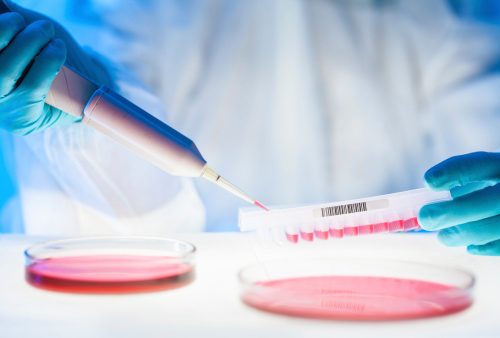 A breakthrough has been made regarding how incurable blood cancers develop from a symptomless prior blood disorder. The findings were uncovered by scientist in the West Midlands.

Myeloma is a cancer in blood-producing marrow, and researchers have found that it develops from a benign condition known as monoclonal gammopathy of undetermined significance (MGUS). MGUS is commonly seen in older adults, and the cancer only forms in roughly one in 100 cases. Unfortunately, there are no current detection methods to determine who will develop myeloma.

In the UK there are roughly 4,000 cases of myeloma. Researchers took blood samples from patients with myeloma, MGUS and healthy volunteers to conduct their testing.

Researchers found that those with MGUS had very different plasma from healthy volunteers, but when samples of MGUS and myeloma blood were compared, the differences were minimal.

Metabolic changes occur in the development of symptomless MGUS and not with myeloma. Lead researcher, Dr. Daniel Tennant, said, “Our findings show that very few changes are required for a MGUS patient to progress to myeloma as we now know virtually all patients with myeloma evolve from MGUS. A drug that interferes with these specific initial metabolic changes could make a very effective treatment for myeloma, so this is a very exciting discovery.”

The researchers found over 200 metabolic differences between those with MGUS or myeloma compared to healthy volunteers. Only 26 differences were seen between MGUS patients and myeloma patients.

Head of research at Bloodwise, Dr. Matt Kaiser, added, “Myeloma is a devastating cancer that can cause debilitating and painful bone damage and, although we have become better at treating it and extending the lives of myeloma patients, it is ultimately almost always fatal. This research provides the basis for developing new and more targeted treatments and minimally invasive ways of identifying those MGUS patients at risk of progressing to myeloma. If we can find ways to block the progression of MGUS, we hope to prevent many cases of myeloma in the future.”

The findings were published in Blood Cancer Journal.