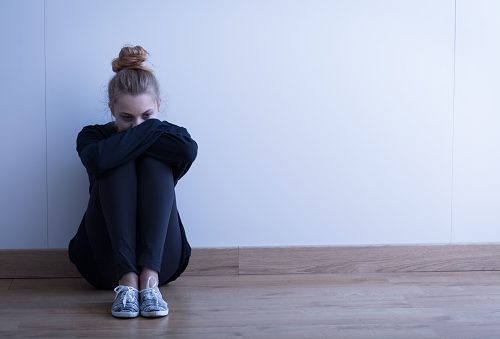 Depression is a constant sadness affecting our activity level, behavior, thoughts, feelings, and sense of well-being. Those affected often feel empty and worthless, which could lead to erratic behavior or even suicide.

There are numerous causes for the development of depression such as negative life events, psychiatric illness, or it could even be substance induced. But one common fact about depression is that it affects women far more often than it does men.

A recently published study wants to find out why women are especially vulnerable to this psychological condition.

It is no secret that women are more likely to suffer from the symptoms of depression considering that they go through numerous hormonal changes throughout their lives. There is post-partum depression, which can make women feel blue shortly after giving birth. The transition to menopause increases their depression risk. And women, in general, are affected by more physical and psychological disorders overall that may lead to depression.

However, not all women go through the symptoms of depression despite having all these risk factors. This prompted the researchers to look into this by doing a study.

The study in question collected data from more than 1,300 regularly menstruating premenopausal women between the ages of 42 and 52. They wanted to see why some women were more vulnerable to depression during hormonal changes and some weren’t.

Previous studies have linked the hormone estradiol to the susceptibility for depression. Estradiol is one of many types of estrogen hormone found in women. It is present during the majority of a woman’s reproductive years and is also involved in the production of serotonin, an important neurotransmitter that has ties to depression symptoms.

It is thought that fluctuations in estradiol throughout a women’s adult years is the cause for the increased risk for depression.

The number of pregnancies and incidence of breast feeding was not found to have a link to depression.

“Women are more vulnerable to depressive symptoms during and after the menopause transition because of fluctuating hormone changes. This study additionally found a higher risk for depression in those with earlier menopause, fewer menstrual cycles over lifespan, or more frequent hot flashes. Women and their providers need to recognize symptoms of depression such as mood changes, loss of pleasure, changes in weight or sleep, fatigue, feeling worthless, being unable to make decisions, or feeling persistently sad and take appropriate action,” says Dr. Joann Pinkerton, executive director of The North American Menopause Society (NAMS).