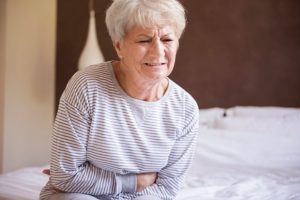 If left untreated, erosive gastritis can lead to other health problems. It can cause bleeding in the stomach and ulcer formation. Over time, some people may even develop stomach cancer, especially those who have a thin stomach lining.

Here are some home remedies you can try to treat your erosive gastritis:

The foods you eat can contribute to the severity of your erosive gastritis symptoms. What you choose to include or exclude from your diet plays a role in gastric acid secretion and overall function of your digestive tract.

The main principal of an erosive gastritis diet is for your food to be balanced. It is also good to vary the food you eat, dividing them into six smaller meals eaten throughout the day rather than three large ones. There are certain foods that will help alleviate erosive gastritis symptoms, and others that will exacerbate them. It is also recommended to chew food slowly and to have small serving sizes.

The following are foods to include and exclude in your erosive gastritis diet plan.

Foods that should be excluded are:

It is important to note that your doctor-prescribed medication may be affected by particular items in your diet, possibly lowering their effectiveness. You should speak to a medical professional before committing to any long-term diet change when on prescription grade medication.

Here are some tips to help prevent erosive gastritis development: