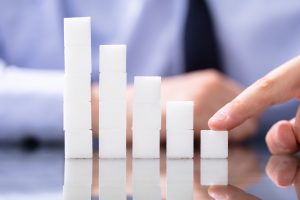 You may have heard the term “empty calories” circulating lately. Although it’s been used by people in the know for quite a while, the concept is making its rounds among the general population.

Essentially, it means calories with no nutritional value outside of the calories themselves. Sugar and alcohol are two of the most significant sources of empty calories.

But these calories are not necessarily empty. On the contrary, they are packed full of danger when consumed in high amounts. These “empty calories” are the drivers of several chronic illnesses, like type-2 diabetes, heart disease, liver disease, and more.

And they are undoubtedly able to cause weight gain.

Recently released Federal Dietary Guidelines pay a little bit of attention to empty calories, but not as much as experts would like. For the first time ever, they say that children under two years old should altogether avoid food and drink with added sugars.

However, they stopped short of altering the recommendations for adults, despite a report from dietary guidelines to reduce sugar consumption. The report suggested sugar be cut to six percent of daily calories, yet the guidelines kept it at 10 percent.

That doesn’t mean you should pull out your calculator to determine how much sugar you can eat.

The new guidelines emphasize overall diet as opposed to recommending specific foods. It allows for some flexibility and personal taste. It essentially mimics what many dieticians have been saying for years: focus on building a diet around fresh and nutritious food.

It’s essential to be wary of where empty calories (sugar) are found. They’re in a number of products you may not necessarily associate as sweet. Bottled spaghetti sauce, ketchup, bread, and cereals can all be teeming with sugar, so be sure to read labels.

Getting the most out of your calories and making every bite count is the best way to stay healthy and cut down chronic illness risk. Put simply, if people just ate better, there would likely be far less prevalence of a number of harmful conditions.