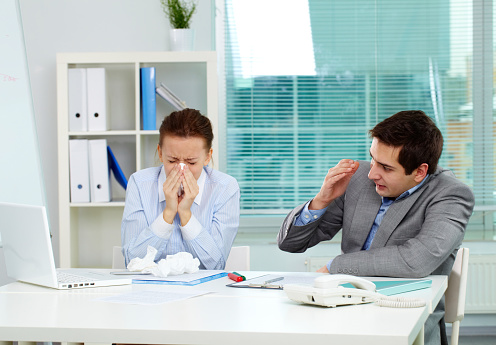 Up to two percent (three million) of the American population still heads to work despite being sick. The reasoning behind this lies in the absence of paid sick leave, essentially forcing sick individuals to attend work even when under the weather. The findings come from a review of data from the 2011 Leave Supplement of the American Time Use Survey.

The review revealed 65 percent of full-time employees do receive sick leave pay, but coverage pay was low – at around 20 percent for hourly wage employees below $10/hour, part-time employees, and employees in the hospitality or leisure industries. Those most likely to go into work while sick were females, low-income earners, and employees aged 25 to 34.

Furthermore, those who head to work sick create a higher risk of sickening others around them as well.

Researchers suggests that more studies need to be conducted to reveal that taking sick days boosts employee engagement and prevents infectious disease and accidents in order to have higher influence on policymakers.