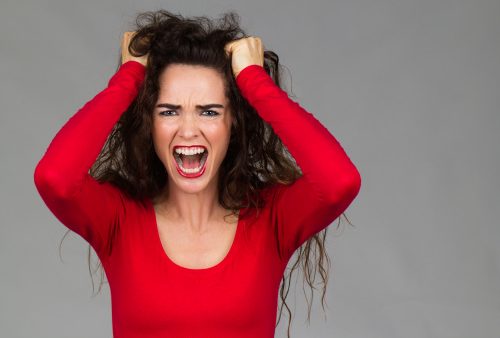 Lack of sleep can have many negative health consequences, and new findings suggest that it can negatively impact emotions as well. Lack of sleep has been found to impair the brain’s ability to regulate emotions due to fatigue. The Centers for Disease Control and Prevention (CDC) report that 30 percent of Americans receive less than six hours of sleep a night, which means there are plenty of angry, easily irritated individuals walking around.

Research lead, Professor Talma Hendler, M.D., said, “Prior to our study, it was not clear what was responsible for the emotional impairments triggered by sleep loss. We assumed that sleep loss would intensify the processing of emotional images and thus impede brain capacity for executive functions. We were actually surprised to find that it significantly impacts the processing of both neutral and emotionally-charged images. It turns out we lose our neutrality. The ability of the brain to tell what’s important is compromised. It’s as if suddenly everything is important.”

The researchers had 18 adults stay awake throughout the night and take two rounds of tests while also undergoing brain mapping. The first set of tests monitored a good night’s sleep and the second monitored lack of sleep. One test had participants describe the direction of a yellow dot moving over distracted images. The images were either positively emotional (cat), negatively emotional (mutilated body) or neutral (spoon).

After a good night’s rest the participants were able to track the yellow dot over neutral images faster and more accurately, and their brain mapping revealed different neurological responses to neutral and emotional distractors. When the participants were sleep-deprived they performed poorly with neutral and emotional images, and their brain responses did not reflect different responses, which revealed a decrease in regulation.

“It could be that sleep deprivation universally impairs judgment, but it is more likely that a lack of sleep causes neutral images to provoke an emotional response,” said graduate student Eti Ben-Simon.

The second test had participants in an MRI scanner look at neutral or emotional images while performing a task that required their attention while ignoring the images. After one night of bad sleep participants were easily distracted by the images and changes in the amygdala occurred, which is responsible for emotional processing.

Professor Hendler added, “We revealed a change in the emotional specificity of the amygdala, a region of the brain associated with detection and valuation of salient cues in our environment, in the course of a cognitive task. These results reveal that, without sleep, the mere recognition of what is an emotional and what is a neutral event is disrupted. We may experience similar emotional provocations from all incoming events, even neutral ones, and lose our ability to sort out more or less important information. This can lead to biased cognitive processing and poor judgment as well as anxiety.”

The study reaffirms the importance of sleep and how it assists with healthy emotions and mental well-being.

Also read:The common thing people do that affects their sleep