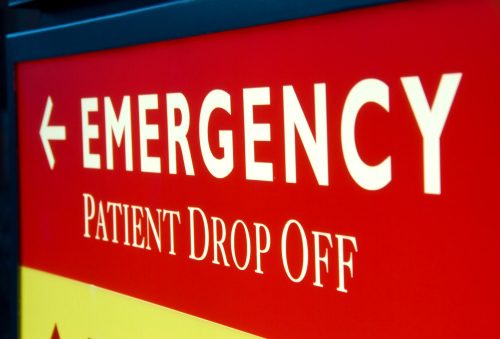 Each year over 5 million Americans visit the emergency department of the hospital complaining of chest pain. It’s important to determine quickly whether or not these individuals are suffering a heart attack. Today emergency room doctors can spot a heart attack faster than they ever could before.

Traditionally, doctors would use echocardiograms and Doppler ultrasound to determine how the heart is functioning, but researchers have determined that a test called high-sensitivity cardiac troponin can help spot heart attacks much quicker. Scientists say the tests, based on certain cardiac enzymes, can spot a heart attack in incoming patients within an hour.

Troponin is heart muscle protein so doctors simply take a blood test to determine the level, which can help pinpoint heart damage. In the past troponin testing did little to ensure good health because the testing process was long; however, today the tests can be conducted quickly.

For those who have suffered chest pain in the past and have had to live through the agonizing wait for test results, it may be hard to believe that a blood test can be this helpful. A lot of hospitals are using the troponin test right now and there are ongoing studies on this diagnostic approach. One of the most recent scientific investigations was by the University Hospital Basel in Switzerland. The findings were published in the journal Archives of Internal Medicine. The study tracked several hundred patients with severe chest pain who visited the emergency ward. One-hundred and 50 were confirmed to have had heart attacks and half were diagnosed using the new troponin test method. The 30- day survival rate among these patients was over 95 percent. Although this is encouraging, emergency room physicians around the world are calling for more study to determine how many lives can be saved using this quick method of spotting heart attack.

Troponin doesn’t just detect heart attacks; it can pinpoint other heart-related problems. For this reason many cardiac specialists use a number of different methods along with the troponin test when someone has severe chest pain or other symptoms associated with heart attack.

Just as troponin provides promise for good health, other methods of detection are being developed. For example, a saliva based test might not be far off. The University of Texas and the National Institute of Health are working on a nano-bio chip test they believe will make it quicker and easier for emergency room physicians to spot heart attacks. The biochip is the size of a dime. It fits into a larger card and within that card sits the patient’s saliva. The card slides into an analyzer that looks like a toaster where different protein biomarkers are read. What you end up with is either a healthy protein fingerprint or a heart-attack fingerprint on the analyzer display.

According to the researchers, biomarkers are difficult to detect in saliva so it took time to develop more sensitive protein tests, but they feel that eventually this method of testing will be even quicker at detecting heart attacks than blood tests.

The new troponin tests are becoming more and more common in emergency rooms, but it can hardly be called routine yet. Doctors at the Mayo clinic highly recommend troponin testing, along with some of the other traditional methods of detection. They also suggest that people become as educated as possible about the signs and symptoms of heart attack. They say if we want to live longer we have to be proactive.