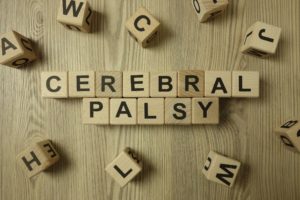 Most research on cerebral palsy tends to focus on childhood, as one in every 323 children in the United States has been identified as having the disorder. However, with modern treatment advances, many of these children are growing up to be adults. We are now seeing many health issues related to the disorder in later life.

Daniel Whitney, Ph.D., an assistant professor of physical medicine and rehabilitation at Michigan Medicine and lead author of the study said, “Unfortunately, far less is known about the health and clinical care needed to promote healthy aging throughout the adult lifespan for this patient population.”

Mark Peterson, Ph.D., M.S., FACSM, an associate professor of physical medicine and rehabilitation at Michigan Medicine and the senior author of the study added, “For example, how is this patient group’s overall health and quality of life in adulthood? There isn’t much research available to help answer this question and others.”

Along with their research team, Peterson and Whitney focused on mental health in adults with cerebral palsy and found that the patient population experienced an elevated prevalence of mental health disorders.

For the study, insurance claims for adults with cerebral palsy were examined along with adults who did not have cerebral palsy, and whether the individuals had any mental health disorders was determined.

“Female patients with cerebral palsy also exhibited a similar or higher prevalence of those mental health disorders versus their female counterparts,” Peterson says.

One exception to the study was found for alcohol and opioid disorders. Peterson explained, “We found that adult males with cerebral palsy exhibited higher rates of alcohol and/or opioid-related disorders compared to their male counterparts, whereas women with cerebral palsy did not exhibit higher rates of these disorders compared to their female counterparts.”