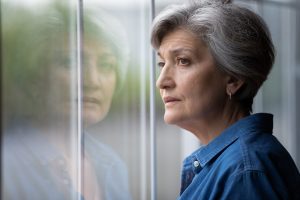 Elevated hypertension in middle-aged adults may raise the risk of vascular dementia down the line. A large new study published in PNAS is the first to show how the risk of dementia can begin early in those with high blood pressure.

Interestingly, the study also found that some middle-aged individuals with damage caused by hypertension have brains that reorganize to bypass the damage and enhance communication between brain cells.
These people were also found to do better on tasks related to cognitive function. Brain injury from hypertension can take on various forms, but a more prominent one is referred to as white matter hyperintensities on brain fMRIs.

“This tells us some people’s brains appear to compensate by rerouting communication in the brain networks to improve messaging. It’s like creating detours when one route is blocked or clogged,” said senior author Farzaneh Sorond, MD, Ph.D. “If we can develop a treatment to produce this plasticity in an older person’s brain, we might be able to improve their cognition and mobility.”

These findings suggest that not everyone is affected equally by damage to their brain’s white matter as they age. But researchers believe that they now have an important clue.

For the study, scientists observed 600 individuals with an average age of 55. All had vascular risk factors and were at risk for vascular dementia later in life. They all had normal cognitive function at the beginning of the study.

The executive function region of their brain was studied, as it is one of the first regions affected as people develop age-related white matter injuries. This region of the brain controls planning and decision-making and is the key to working memory.

Scientists first measured the oxygenation level across the entire brain as the participants were resting in the fMRI. As the brain works, it increases and decreases oxygen in a synchronized way.

In those whose brains had redistributed paths to its executive function region, the synchronization was increased, and they were better able to compensate for the water matter injury. Communication is improved when there is increased synchronization in the brain.

The participants were also given a series of tasks that tested their executive function. The individuals whose brains had increased connectivity and rerouted brain networks showed better results on tasks compared to those whose brains did not.

All results were adjusted for diabetes, BMI (Body Mass Index), cholesterol, and smoking, so scientists were only looking at the effect of blood pressure on the brain.