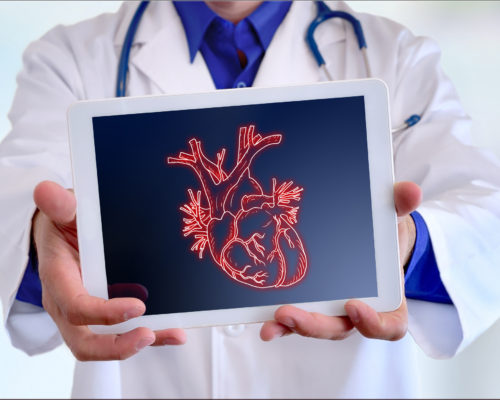 New findings from researchers at the University of Maryland School of Medicine (UMSOM) suggest more aggressive strategies to lower cholesterol levels in early adulthood to avoid heart problems later in life. Having elevated cholesterol during teens or early twenties can increase a person’s risk of having a heart attack, stroke, or other cardiovascular events during middle age.

The study, entitled “Time Course of LDL Cholesterol Exposure and Cardiovascular Disease Event Risk,” found that an increased risk persists even in those who were able to get their cholesterol levels down to a healthy level before reaching their late thirties. Researchers believe this study makes a strong case for doctors to intervene early to treat high levels of low-density lipoprotein (LDL).

As doctors across the globe try to curb the worldwide epidemic of heart disease and stroke, research such as this adds to the mounting evidence of the relationships between the cause and effect of illness and disease. By analyzing the results of LDL cholesterol in early adulthood, health experts can now establish a cause of heart problems during middle age.

Most Common Form of Heart Disease

Coronary artery disease (CAD) in middle age is the most common form of heart disease caused by the build-up of plaque in the arteries’ wall that supply blood to the heart (called coronary arteries). This plaque is made up of cholesterol deposits that cause the arteries to narrow over time. This process is called atherosclerosis.

Overweight, physical inactivity, unhealthy eating, and smoking tobacco are the most common risk factors for CAD. A family history of heart disease also increases your risk for CAD, especially a family history of having heart disease at an early age (50 or younger). This new study adds a timeline of these risk factors which were never before established.

Teens and young adults who have elevated levels of LDL from risk factors are now considered to be at higher risk for heart problems as they enter middle age. This study has bridged the gap between elevated LDL cholesterol at a young age and the impact it can have later in life. Researchers stress that even if cholesterol levels are rectified, there is still a risk for cardiovascular events later in life.

This new information means that doctors must intervene before LDL cholesterol levels become high in young adults. At the first sign of rising levels, action should be taken to control the levels.

“Damage to the arteries done early in life may be irreversible and appears to be cumulative,” study leader Michael Domanski, MD, a Professor of Medicine at UMSOM.said. “For this reason, doctors may want to consider prescribing lifestyle changes and also medications to lower high LDL cholesterol levels in young adults in order to prevent problems further down the road.