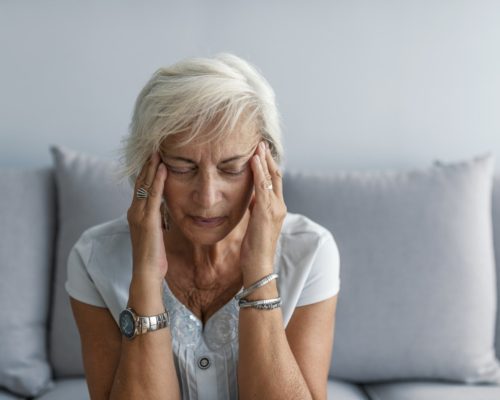 Older adults who suffer from migraines may have more than throbbing pain to worry about, as new research finds that they may be more at risk for dementia. Researchers have made connections between migraines and dementia previously, but these past studies failed to adjust for common diagnosis of other illness or disease, therefore potentially showing bias in their findings.

A migraine is a throbbing, excruciating headache that begins mainly on one side of the head and is often accompanied by nausea. It typically lasts from four to 72 hours and can be aggravated by light or loud noise. Those who suffer from migraines often report seeing pulsating lights, black spots, or have blurred, distorted vision right before the migraine attack starts.

This new study published in the Journal of Alzheimer’s Disease investigated the association between patients who experienced migraine headaches and were diagnosed with dementia in general practices in the United Kingdom.

“Several biological and clinical hypotheses may explain the association between migraine headaches and dementia,” explained Dr. Louis Jacob, Ph.D., from the University of Versailles Saint-Quentin-en-Yvelines. “For example, migraine headaches involve chronic pain, which has been found to substantially impact the risk of memory decline and dementia. As women usually have more severe migraine attacks, the risk of dementia in women with migraine could be higher than in men with migraine.”

Corresponding author Prof. Karel Kostev, Ph.D., from the Epidemiology Department of IQVIA (Germany) noted, “We have conducted several studies focused on dementia in recent years. We have been able to identify positive associations between osteoporosis and dementia and between epilepsy and dementia but have also observed the negative association between some antiepileptic, antidepressant, and antihypertensive drugs and dementia incidence. Such findings demonstrate the significant role of anonymous patient data in epidemiology research for helping people recognize and avoid health risk factors in the future.”

The authors of this study did warn that further studies are needed to gain a better understanding of the migraine-dementia relationship and how it affects the different sexes. The limitations of this study included an age bias, where participants were strictly between the age of 60 and 80 years. Furthermore, in the elderly, headaches related to an underlying ischemic cerebral lesion are frequently misdiagnosed as migraine headaches, which may have affected the results of the present study.

While there have been significant advances in researchers’ understanding of migraines over the past 20 years, there are still many unanswered questions. This will include how the brain structure, genetics, and blood vessels may be involved in the severity of migraines. And while research has linked migraine headaches, especially with aura, to a higher risk of stroke and brain lesions, there needs to be more done to make these connections with dementia.