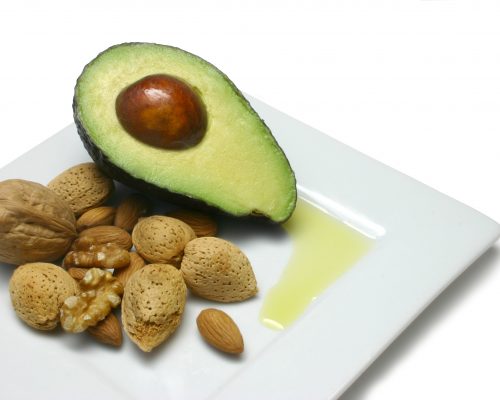 I’m not so worried about fat anymore. Not because I’m the skinniest woman on the planet, but fat has a lot going for it.

Fat, the healthy kind, is back in vogue these days. For years, government dietary guidelines recommended reducing fat because, so it would seem, fat would make us fat. The saturated fats in particular, like those in butter, cheese and red meat should be avoided at all costs, we were told, because they clog our arteries and lead to heart disease.

But decades later, we are sicker than ever, with skyrocketing rates of obesity, diabetes and heart disease. An analysis published in the journal the Lancet found that the number of people with peripheral arterial disease (PAD) climbed almost 24 percent in just 10 years, from 2000 to 2010. PAD is a dangerous plaque accumulation in the arteries in the limbs, increasing the risk of heart attack and stroke.

When we cut back on fats, we started eating a lot more carbohydrates, at least 25 percent more since the early 1970s. Instead of meat, eggs and cheese, we’re filling up on carbohydrate-heavy pasta, grains, fruit and starchy vegetables. We’re also eating reduced-fat foods, like skim milk, low-fat yogurt and 100-calorie snack-packs of mini Oreos. Essentially, we replaced fat with carbohydrates and sugar, and ended up consuming more food and calories than we need, making us fatter and sicker.

RELATED READING: The food you need now to protect your memory

Now even saturated fat (bring on the steak!) is good for us in moderation. I’m not suggesting a weekly prime rib cut for dinner, but every now and then. A major study published in March in the journal Annals of Internal Medicine concluded that saturated fat does not cause heart disease.

A group of researchers from highly respected institutions, including Harvard, Oxford and Cambridge, pooled the results of 72 studies that had looked at the link between fatty acids and coronary disease. They found no significant evidence that saturated fats increase the risk of heart disease.

While many experts agree that good eating is not about eliminating or focusing on a single food source to protect your health, it does make you sit up and wonder what all the fuss about fat was about.

That’s because your body needs fat.
For one, fat fills us up, so we feel fuller longer and won’t crave sweet or salty junk food. It’s also crucial for digestion, helping to slow the absorption of sugar into the bloodstream. All those carbohydrates in our diet break down into glucose (sugar), causing the body to release insulin.

When you’ve got too much glucose dumping into the bloodstream, you can become resistant to insulin, setting you up for type 2 diabetes. And the healthiest fats, the unsaturated kind, found in foods like olives, avocados, fish and olive oils are important for your brain, your memory, your blood pressure and your heart.

Now there’s more new research that’s pro-fat in a healthy diet. A large study from Tulane University, Kaiser Permanente, and Johns Hopkins Bloomberg School of Public Health, recruited 148 people without heart disease to participate in either a low-fat or low-carbohydrate diet to determine if choice of diet reduced their risk of heart disease.

RELATED READING: Tossing and turning at night? This will help…

The participants were assigned to follow diets for one year that limited either the amount of carbs or fat that they could eat, but not overall calories. The low-carb diet had fewer than 40 carbohydrate grams per day, while the low-fat diet had fewer than 30 percent of daily calories from total fat, with less than 7 percent from saturated fat, and 55 percent from carbohydrates.

Unlike many of us trying to do the right thing when it comes to eating well, participants had some expert help. Patients met one-to-one with a dietitian weekly for the first four weeks and then in small group meetings every other week for the next five months. Monthly sessions followed for six more months. The intensity of diet training shows how having an expert coach for guidance and support, and team members to be accountable to, can help people stick with the program.

Neither group changed their levels of physical activity, putting the focus on the food.

Indicators of heart health, like blood pressure and cholesterol, also changed. Both groups experienced a decrease in cholesterol and blood pressure. The big success, though, was people in the low-carbohydrate group saw markers of inflammation and triglycerides, a type of fat that circulates in the blood, drop significantly, while HDL cholesterol (the good kind), rose more sharply than it did for people in the low-fat group.

People on the low-carbohydrate diet did so well that they lowered their Framingham risk scores (a measurement tool advocated by the National Heart, Lung and Blood Institute) which calculate the likelihood of a heart attack within the next 10 years.

What exactly did the low-carbohydrate participants eat? Something more along the lines of a modified Atkins diet where they were told to eat mostly protein and fat, choosing mostly unsaturated fats. That means less red meat and cheese, and more fish, olive oil and nuts.

All this points to the fact that good health really does start with what you put in your mouth. If you have heart disease in your family or weight troubles, watch your carbohydrates (those refined breads and dinner rolls) instead of evil-eying your T-bone.