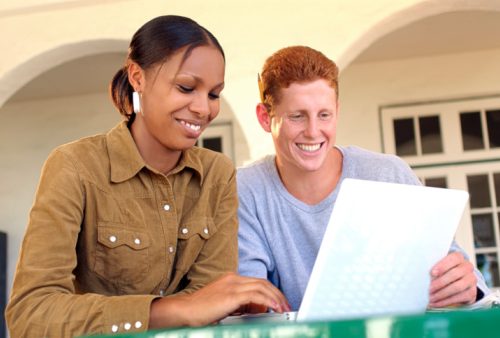 The American Cancer Society is reporting that college graduates are considerably less likely than high school graduates to die from cancer.

The American Cancer Society estimates there will be almost 2 million new cancer cases in the United States this year, and of those cancer cases almost 600,000 people will die. It also notes that overall cancer death rates have been dropping in the last 10 years, but the decline has been greater for some groups more than others.

The research study says the least educated men died of cancer at rates more than 2 ½ times that of men with college degrees. For women, the numbers also suggest a widening gap.

Elizabeth Ward, who oversees research done by the American Cancer Society says, “people with college degrees are seeing a significant drop in cancer death rates, while people who have spent less time in school are seeing little improvement and sometimes none at all.”

However, Ward was quick to explain that, “just because we’re measuring education doesn’t mean we think education is the sole reason for these differences.”

Some experts believe that the differences have to do with a number of factors including education, how much people earn and the area where they reside. With that being said, it can’t be ignored that the cancer death rate and its connection to education is striking.

People with a high school education or less died at a rate four to five times higher than those with at least four years of college education. The research shows the most shocking gap when it comes to lung cancer.

Studies have suggested that less educated people are more likely to engage in risky behaviors like over eating (possibly leading to obesity), smoking, and drinking. All of which are contributing factors that could ultimately lead to cancer.

And if all this wasn’t enough to cause concern, the study claims that people with less education often end up in lower income jobs which don’t come with adequate health insurance. Even more shocking is that there are millions of people in the United States who don’t have any health insurance at all, and these people are often diagnosed when it might be too late.