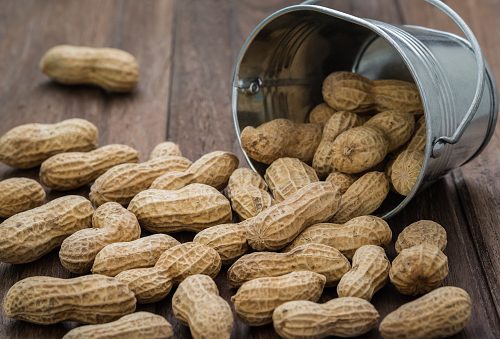 Most people know what a stroke is, and when reaching our later years, it becomes an increasingly threatening risk that looms over us as a consequence of a poor diet and unhealthy habits.

Strokes generally occur in one of two ways, a hemorrhage in the brain, or the occlusion of a blood vessel in the brain. Both have similar outcomes, which is the cellular death of brain tissue due to a lack of blood perfusion to the affected area. The most common of the two types is the ischemic stroke, which is usually caused by vessel thickening and narrowing due to blood lipids, as seen in atherosclerosis. It can also result from a free-floating blood clot called an embolus, which can also be caused by atherosclerosis.

However, a new research study shows that eating nuts helps reduce the number of clot-causing lipids in the bloodstream by as much as one-third, a truly significant number indeed. Researchers go on to say nuts lead to more supple arteries and stronger hearts.

Professor Penny Kris-Etherton of Pennsylvania State University said: “Typically, whenever we eat something, it causes the arteries to get a little bit stiffer during the post-meal period. But we have shown if you eat peanuts with your meal, this can help prevent the stiffening response.”

Previous studies observing how our body responds after eating a meal show that we see a spike in blood lipids or fats—such as cholesterol and triglycerides—which the body uses to create energy and maintain cell function. But if poorly controlled, this can increase the risk of cardiovascular disease, which kills about 155,000 people in the UK every year.

In this particular study that looked at the benefits of eating nuts—specifically peanuts—15 overweight and obese but otherwise healthy men ate about three ounces (85g) of unsalted peanuts in the form of a shake. This accounts to roughly 84 nuts and almost 500 calories from strictly the peanuts alone. A control group was fed a shake of similar nutritional value but without nuts. The researchers then took blood samples from the subjects to measure lipid, lipoprotein, and insulin levels, and used an ultrasound machine to measure the subjects’ blood flow.

Interestingly, Professor Kris-Etherton and colleagues said the peanuts blunted the increase of lipids in the bloodstream—making the arteries more elastic and less likely to trigger a heart attack or stroke. They found there was a 32 percent reduction in the triglyceride levels among those who had the peanut meal compared to the others.

Professor Kris-Etherton said: “After a meal, triglycerides increase and this typically decreases the dilation of the arteries, but the peanuts prevent that big increase in triglycerides after the meal.”

It’s believed nuts contain various compounds such as monosaturated and polyunsaturated fatty acids, various vitamins, fiber, antioxidants, and other compounds that may contribute to lower death rates. While Profession Kris-Etherton is excited about these initial results, she remarks that future studies should have more participants and also include women.