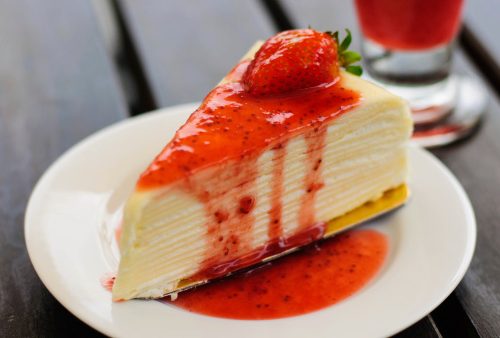 Eating something sweet causes the brain to make meal memories, according to a new study. The study consisted of researchers from Georgia State University, Georgia Regents University and Charlie Norwood VA Medical Center. The researchers uncovered that an area of the brain involved in creating memories was activated when a person eats sweet foods.

The dorsal hippocampus, a part of the brain that is vital for the creation of short-term and long-term memory, is used to make episodic memory, which is a memory of first-person events experienced at a precise place and time. According to the study, neurons found in the dorsal hippocampus are triggered when you eat something sweet.

For the study, researchers used rats to test the response of consuming sweets. They found that when the rats were fed a sweetened meal, with either saccharin or sucrose solutions added, the appearance and reaction of the synaptic plasticity marker – the activity-regulated cytoskeleton-associated protein – increased considerably in the rats’ dorsal hippocampal neurons.

Synaptic plasticity is the aptitude of synapses to get stronger or weaker, in response to their activity levels, which is a process essential in the formation of memories. Marise Parent, Ph.D., professor at the Neuroscience Institute at Georgia State, said, “We think that episodic memory can be used to control eating behavior. We make decisions like ‘I probably won’t eat now. I had a big breakfast.’ We make decisions based on our memory of what and when we ate.”

In previous studies, the researchers found that when they temporarily de-activated the neurons after the rats ate a sweetened meal, they ended up eating their next meal sooner than normal and consumed more than normal during the next meal. This suggests that meal memories are essential to maintaining a healthy diet.

Another study, based in London, uncovered that when the memory creation process is disturbed during a meal, like it often is when we watch TV, it increases the quantity of food eaten at the next meal. Researchers also found that amnesiacs will eat again right away if given food, even if they just ate; they have no memory of their last meal, so they are not able to regulate the frequency of meals or the amount consumed. This could cause health issues over time, such as obesity.

Other studies have found a correlated between obesity and frequent snacking. An obese individual will snack more often than a person who has a healthy body mass index (BMI). Over the past 30 years, it has been shown that people (adults and children) have been receiving more of their daily caloric intake from snacks instead of meals, and more often from desserts and sugary beverages.

The research team would like to conduct future studies to find out if other types of food (protein, fat and carbohydrate based) effect the dorsal hippocampus neurons. They will also determine whether an increase in the neural activity is needed to create a memory of a sweet meal.

This study was published in Hippocampus.