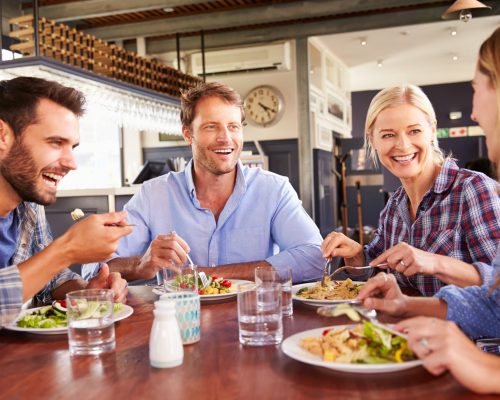 It is well known that eating in dim light promotes slower eating, which translates into consuming less food, but a new study suggests we make healthier food choices in bright lights. The study found eating in well-lit rooms increases the likelihood of choosing healthy food options by 16 to 24 percent. The researchers speculate this is due to the fact that bright light keeps the diners more alert.

The researchers surveyed 160 restaurant-goers from four casual eating establishments. Half of the diners were seated in well-lit rooms and were more likely to choose options like grilled or baked fish, vegetables, or white meat. On the other hand, those seated in rooms with dim lights ordered 39 percent more calories. The findings were replicated in four additional lab studies involving 700 college-aged students.
A follow-up study showed improved alertness when patrons were given a caffeine placebo or a simple alert prompt, which boosted healthier choices in those in the dimly lit room to the same level as those in a well-lit room. The researchers concluded that healthier choices in well-lit rooms are a result of increased alertness.