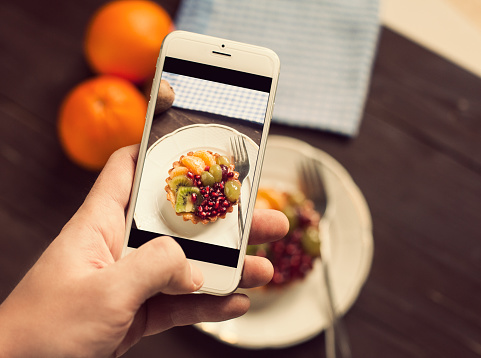 The study included three million geo-tagged posts from social media. The researchers found that foods posted in food desserts were five to 17 percent higher in fat, cholesterol, and sugar, compared to foods posted in non-food desserts.
Study lead Munmun De Choudhury said, “The USDA identifies food desserts based on the availability of fresh food. Instagram literally gives us a picture of what people are actually eating in these communities, allowing us to study them in a new way.

The study also found common foods in each of the four regions in the U.S.:

West: pie, beef, and sausage vs. quinoa, apple, and crab

Southwest: barbeque, pork, and burritos vs. tomatoes, asparagus, and bananas

“Fruits and vegetables are the biggest difference. Forty-eight percent of posts from people in non-food desserts mention them. It’s only 33 percent in food desserts,” added De Choundhury.

Although calories differed slightly across the regions, there were greater disparities seen in fat, sugar, and cholesterol, especially between the West and the Southwest.

“That would seem counterintuitive at first because so much of the south is designated as a food dessert. But other statistics show that Southern people generally eat-high calorie food that is rich in fat and cholesterol. It doesn’t matter where you live, everyone seems to eat what their region is known for,” concluded De Choundhury.