Home » Healthy Eating » What you eat for breakfast could be influencing your decisions: Study 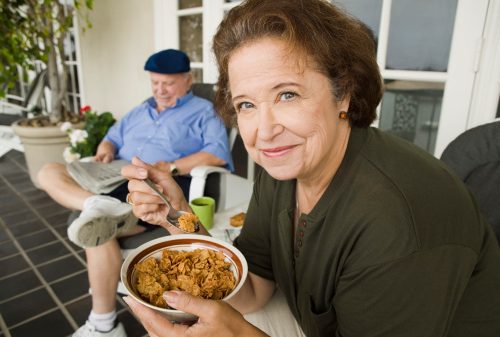 Breakfast is often considered to be the most important meal of the day. It is recommended to eat a well-balanced diet complete with adequate amounts of carbohydrates, protein, and fats. However, most people simply choose to eat a bowl of cereal or bacon and eggs. But could these food choices be affecting us for the rest of the day? A new research study suggests that it may be.

A preliminary study of people’s decision-making processes was analyzed to see if what they ate for breakfast had any influence. A total of 87 college students participated in the study and were asked to play an online version of the ultimatum game—a game that gives players the opportunity to either accept or reject a clearly unfair financial offer from an opponent.

To keep the subjects engaged in the game, if they rejected the offer, no one got any money. This was seen as a form of “social punishment” for the opponent.

Once the game had concluded, participants were asked what they had eaten that morning.

It is unclear exactly why these differences were seen, but the researchers speculate that perhaps the high-carb breakfast made participants produce lower levels of an amino acid called tyrosine. Tyrosine is important for producing brain chemicals like dopamine, which is known for influencing the brain’s reward centers.

It is this chemical change that the researcher’s think is influencing the decision-making process.

The researchers go on to say that protein rich meals, on the other hand, might allow for high levels of tyrosine, affecting the reward centers of the brains. This may, in turn, make people more likely to accept an unfair decision.

The researchers stress that despite being a very interesting result, this study is very preliminary, with a larger and better-designed study needed to test a broader range of measures. They go on to say that the study may have several limitations, such as only testing a small group of men and meals not being tightly controlled. So, for the time being, the result seen should be taken with a grain of salt.

The best thing you can have for breakfast