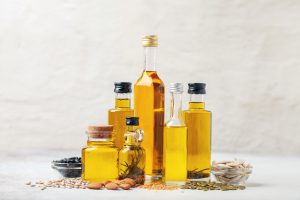 A recent observational study suggests there might be at least one food out there with the potential to help you live longer, but you have to eat it daily.

Can you guess what it is? Blueberries, milk, chocolate?

How about olive oil?

Researchers looking at health data from roughly 90,000 people over a nearly 30-year timeframe found that people who had more than ½ tablespoon of olive oil per day lived longer than those that ate less.

All of the participants were free from heart disease and completed dietary questionnaires every year about how often they ate specific foods.

Just how big of an impact did this small amount of olive oil have? Those who ate at least ½ tbsp. per day had a 19 percent lower risk of dying from any cause than those who rarely or never ate it.

The team also suggested that replacing unhealthy fats with olive oil, a notably healthy source of valuable monounsaturated fats, may have a major outcome on longevity by potentially lowering the risk of overall death by 34 percent.

So, swapping out the margarine, butter, and mayo for the same amount of olive oil could be a major investment in your overall health.

Olive oil is pretty versatile stuff. It can be spread or drizzled on bread (it tastes especially good spread on bread and baked for a few minutes), as cooking oil, or as a dressing.

If you like the taste, a spoonful at some point during the day could be like taking any other supplement or medicine.

Making olive oil part of your routine might help you live a longer and healthier life.