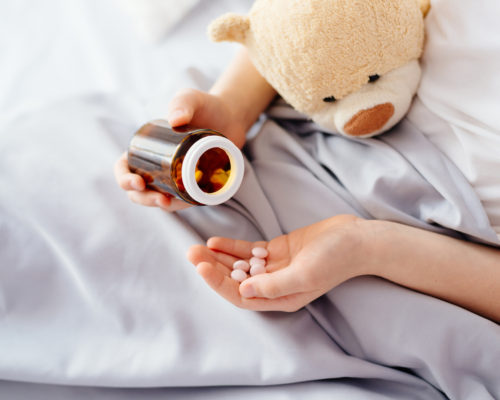 Researchers believe that the use of antibiotics in children under one year old can disrupt beneficial microorganisms such as intestinal microbiota, which play a crucial role in the healthy maturation of the immune system. Study co-author Martin Blaser, director of the Rutgers Center for Advanced Biotechnology and Medicine said, “This study provides experimental evidence strengthening the idea that the associations of antibiotic exposures to the later development of disease in human children are more than correlations, but that they are actually playing roles in the disease causation.”

For the study, researchers examined the effects of exposure of dextran sulfate sodium in mice that had received antibiotics and those who had perturbed microbial contents transplanted into their intestines versus a control group. Dextran sulfate sodium is a chemical known to injure the colon.

“The use of a well-validated model of colitis enabled us to study the effects of prior antibiotic exposures on the development of an important disease process,” said lead author Ceren Ozkul.

The human gut microbiome is a complex, highly evolved community that plays an essential role in response to disease and how well the body maintains homeostasis. Altering it at such a young age is thought to have a significant impact on overall health. This research helps to continue the work on the hypothesis of many doctors who believe that disrupting the microbiome is one of the leading factors driving modern epidemics.

Many studies have shown that rebuilding the gut microbiome after a course of antibiotics is essential in regaining overall health. More research is needed to understand what treatments would be appropriate for children who have received antibiotic treatment, and with clinical trials, the risk of inflammatory bowel disease could potentially be reduced and colon health improved.