Home » Health News » This Habit Is Putting Your Liver at Risk 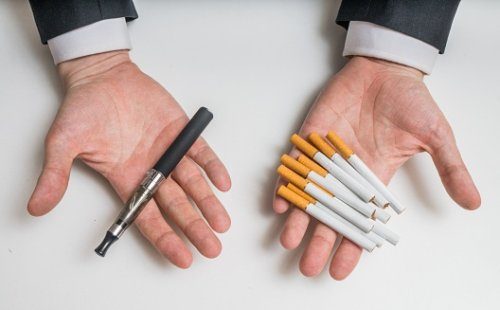 E-cigarettes have grown in popularity as a “safer” alternative to smoking traditional cigarettes. There is still much we don’t know about the actual safety and risks that e-cigarettes present, but some new findings suggest that when it comes to your liver, e-cigarettes pose a real threat.

Lead author Theodore C. Friedman explained, “The popularity of electronic cigarettes has been rapidly increasing in part because of advertisements that they are safer than conventional cigarettes. But because extra fat in the liver is likely to be detrimental to health, we conclude that e-cigarettes are not as safe as they have been promoted to consumers. This has important public health and regulatory implications.”

The researchers uncovered a positive association between the use of e-cigarettes and non-alcoholic fatty liver disease (NAFLD).

The researchers studied mice for 12 weeks that were missing the gene for apolipoprotein E, which is responsible for a higher risk of heart disease and fatty liver. The mice were fed a relatively high fat and cholesterol diet. Some mice were then put in chambers that exposed them to e-cigarette aerosol to simulate the same level of nicotine found in humans who smoke cigarettes or e-cigarettes. Other mice were only exposed to the saline aerosol.


Liver samples were then collected, and genes were examined to determine the effects of e-cigarettes. The researchers found 433 genes associated with fatty liver development and progression among the exposed mice. These mice also had changes to their circadian rhythm, which is known to contribute to fatty liver disease.

Friedman concluded, “Our experimental results will provide support to policymakers and federal and state regulatory bodies to take preventive measures to stop the increasing use of e-cigarettes among both children and adults.”

Also read: E-cigarettes linked to hearing loss and other side effects