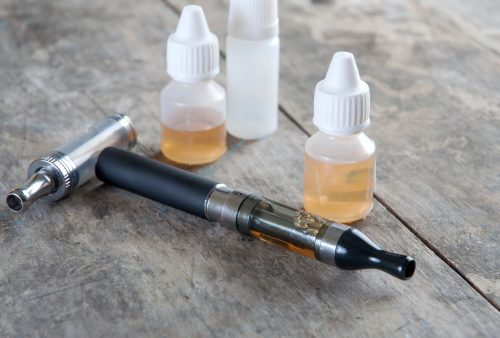 The chemical flavoring in e-cigarettes has been linked to an increase in respiratory diseases. The chemical, diacetyl, was found in 75 percent of e-cigarette flavorings, which were tested by researchers at Harvard T.H. Chan School of Public Health. Other potentially harmful chemicals were also found in flavors such as cotton candy, fruity squirts and cupcake.

Lead author, Dr. Joseph Allen, said, “Recognition of the hazards associated with inhaling flavoring chemicals started with ‘Popcorn Lung’ over a decade ago. However, diacetyl and other related flavoring chemicals are used in many other flavors beyond butter-flavored popcorn, including fruit flavors, alcohol flavors, and, we learned in our study, candy flavored e-cigarettes.”

Popularity of e-cigarettes is on the rise, with over 7,000 different flavors and liquid refills to choose from. Even though this form of smoking seems to be popular, data is lacking on the potential health consequences they may pose. Currently, e-cigarettes are not regulated, but the FDA proposed to have them under the section that includes tobacco and nicotine products.

Co-author, David Christiani, M.D., said, “Since most of the health concerns about e-cigarettes have focused on nicotine, there is still much we do not know about e-cigarettes. In addition to containing varying levels of the addictive substance nicotine, they also contain other cancer-causing chemicals, such as formaldehyde, and as our study shows, flavoring chemicals that can cause lung damage.”