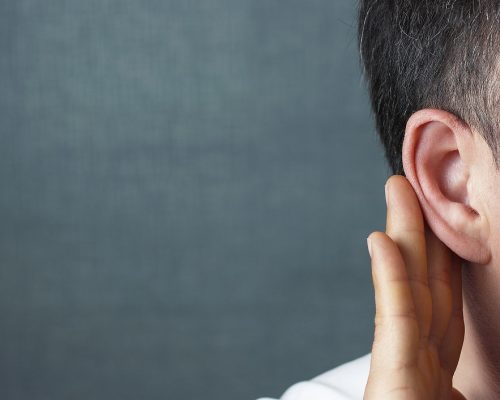 Hearing acrobatics was the focus of a new study published in Nature Communications, which sought to find how the filaments in the ear enable hearing. The sense of hearing is created by a dynamic and delicate connection between two pairs of diminutive protein filaments.

Researchers from Harvard Medical School and Boston Children’s hospital were able to present a new understanding of the molecular level of hearing—as well as the sense of balance—both of which arise from similar processes in the inner ear. The tiny connection made of less than a dozen proteins helps change sounds from a mechanical stimulus into an electrical signal that the brain can decipher. By understanding how the protein’s function, researchers believe it can give them an insight into the secrets of the sensation of sound.

For the study, Corey Wong and his team set out to understand the bond between the two protein filaments. They used applied single-molecule force spectroscopy, a technique that uses optical tweezers. These specialized tweezers are highly focused laser beams that can hold extremely small objects and move them distances as short as a billionth of a meter. They coated glass beads with strands of either protocadherin-15 or cadherin-23, the two proteins that make up the tip link.

They moved beads close to each other using the optical tweezers until the protein strands stuck together end to end. They were then able to measure the forces needed to pull the bonds apart.

Researchers noted that the tip link is made up of two strands of both proteins. The strength of this double-stranded bond far surpassed the strength of individual strands of either protein.

Under a low tension, the double-stranded bond lasted ten times longer than a single-stranded bond before breaking. This connection appears to be due to the dynamic nature of the connection. If broken, the filaments detach and reattach to each other within tenths of a second. It was found that a force may break one pair of strands apart, but the other pair can remain connected long enough for the broken pair to rejoin.

However, researchers did note that at extremely high forces, the double-strand bond breaks rapidly. This feature could help to prevent damage to other components of the hair cell.

“If the tip link were super strong, then when exposed to a very loud sound it might rip the whole complex out of the cell membrane, which would be hard to recover from,” said Wong.

Overall, hearing acrobatics is essentially what researchers are studying. The filaments which are joined end-to-end work together like trapeze artists holding hands. A loud noise could disrupt their grasp, but a two-handed grip can quickly recover when one hand slips.

Researchers believe understanding this process could lead to new therapeutic approaches. Wong and his team also hope this information may help inform study in other areas of the body.