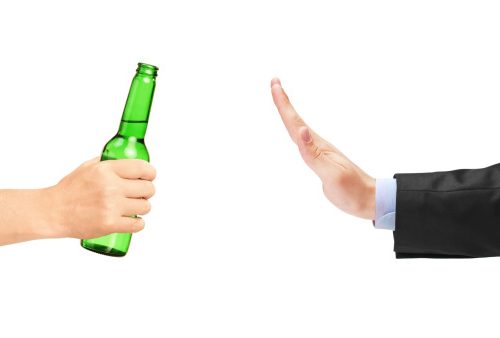 Experts are suggesting that people take part in Dry January where they reduce or stop consuming alcohol for the month of January. The recommendations come into play because researchers have found that going one month without alcohol not only improves health, especially after the holidays, but it is enough time to form new habits which may last for the long-term.

A survey of 1,500 people who took part in Dry January last year had reported consuming less alcohol even after six months – 67 percent of participants. Other findings from the survey found 70 percent reported losing weight and 63 percent said their sleep improved.

In a separate survey researchers found that two in five people who consume alcohol regularly are considering taking a break from drinking in the New Year.
Experts report that during the holidays people tend to over-do it with the alcohol. Dr Yvonne Doyle from the Public Health England (PHE) said, “A period of abstinence could help encourage less harmful, better drinking habits in the long term – even six months later, evidence from Dry January shows that more than two-thirds of participants are still drinking less. As the festive season continues, we’re urging people to take a break and get their 2016 off to a positive start by signing up for Dry January.”

A previous study found that eliminating alcohol for 30 days was enough to help prevent the risk of many chronic illnesses. People who cut out alcohol saw improvements in their liver, blood pressure, and cholesterol levels. Furthermore, they were at a lower risk of developing diabetes and liver disease.

Co-author, Professor Kevin Moore, said, “If you took a drug that reduced blood pressure and improved cholesterol and insulin resistance it would be a blockbuster drug that would be worth billions.”

Whether or not you have “over done it” with the drinking over the holidays it may be a good idea to start your New Year fresh without alcohol. Who knows, maybe you’ll love the benefits so much you continue withstanding from it.