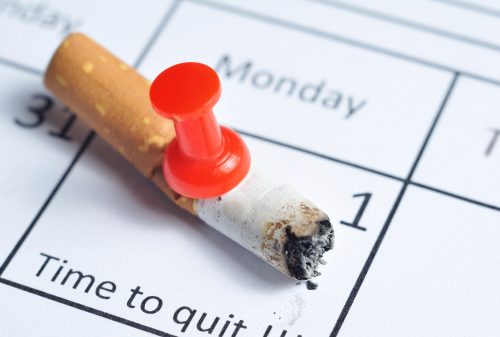 Researchers from the University of California, San Diego School of Medicine found that the number of smokers who have quit has not grown significantly since the introduction of a prescription smoking cessation drug called varenicline.

Varenicline was introduced in 2006 as a way to help people quit smoking. It works by blocking the pleasure received from nicotine to the brain. Its intent was to replace some of the more typical forms of smoking cessation, like the patch or antidepressants.

In population analysis of the use of varenicline, success rates were high for the first three months, after which success rates leveled out due to lack of use of the smoking cessation aid. Lead author Shu-Hong Zhu, Ph.D., said, “Instead, varenicline is replacing other options like the patch, without having any significant population-level impact on quitting success.”

The Centers for Disease Control and Prevention (CDC) reports that nearly 20 percent of adults (over the age of 18) smoke. If the trend continues to persist, the CDC suggests one in every 13 individuals under the age of 18 will die of a smoking-related illness. Worldwide smoking contributes to 6 million deaths each year.

Researchers analyzed data from two U.S. Census Bureau surveys of smokers over the age of 18, before and after varenicline became available.

The surveys inquired about smoker’s efforts to quit smoking within 12 months and methods they would use – replacement therapies like the patch or prescription options.

Although the results reveal a minor increase in the use of smoking cessation aids, they do not reveal an increase in successful smokers who have quit. In 2003, 4.5 percent of smokers reported quitting successfully and in 2010-11 it only went up to 4.7 percent. Zhu added, “We are not saying [varenicline] does not help smokers quit. It does, but it won’t solve America’s tobacco epidemic unless it inspires more smokers to try to quit.”

The findings were published in Tobacco Control.