Home » Health News » Drones may someday be used to save lives 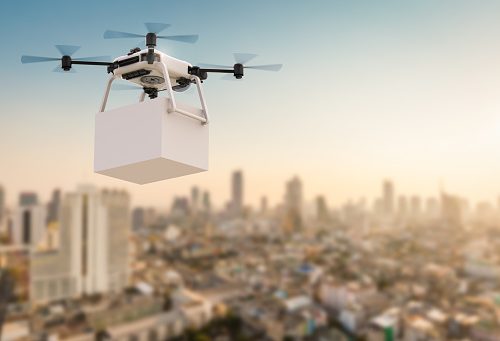 Technology is always advancing. It’s transformed the way we live and operate. Thinking back only about a decade ago, we all used simple cell phones, with most video and media consumption occurring on our tv’s and desktop computers. Flash forward to today and the phones in our pockets are essentially tiny computers capable of doing so much more than we could have previously imagined.

This leap in technology has also brought us drones—autonomous or human operated flying devices. These flying vehicles have the advantage of being small and fast, making them an ideal form of transport for video cameras and small packages.

Every industry is looking at ways to capitalize on drones. The medical community has proposed the use of drones to aid in the speedy delivery of life-saving defibrillators.

“Each minute that passes after a sudden cardiac arrest decreases the chance of survival by approximately 10 percent,” explained lead investigator Andreas Claesson.

This would be useful in rural areas, as a drone carrying an AED—automatic external defibrillator—can arrive long before the ambulance, allowing bystanders to begin lifesaving actions as much as 16 minutes earlier, according to the researchers.

A defibrillator is a device that can send an immediate electrical shock to the heart, helping to create a stable heart rhythm. An AED is a simplified form of the defibrillators found at your local hospital, but essentially, they work the same way and minimize user error though ease of use.

A previous study investigating the usefulness of drones in the field suggests that they might be able to outpace ambulances, as they do not have to deal with traffic and clogged roads.


The challenges of drones

Challenges do exist when trying to implement such new technology. For these drone delivered AED devices to be useful, having bystanders in the vicinity is an absolute necessity.

A more recent study outfitted a Stockholm-area fire station with a drone equipped with an AED, GPS, autopilot software, and a high definition camera.

The researchers conducted 18 remotely operated simulated drone deliveries in locations within an approximate six-mile radius of the fire station. The locations used were the sites of prior cardiac arrests between 2006 and 2014.

It was found that the drone could deliver the AED in just over five minutes, compared to an average standard EMS delivery time of 22 minutes. It was also noted that drones had an average take-off time of only three seconds while dispatching trained medical professionals took about three minutes.

“Not only do greater distances have to be traversed to get to patients as well as transport to hospitals, there sometimes might not be enough equipment and personnel to cover multiple calls at once. In this study, they did find that in all instances the drone arrived before EMS, [a delivery speed innovation that could someday prove to be clinically significant],” said Dr. Leigh Vinocur, medical director of the urgent care division at MedStar Health in Columbia.