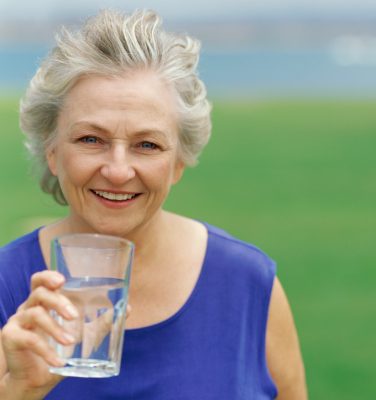 Heart attacks strike millions of people around the world every day, with 600,000 people dying from heart disease in just the U.S. alone. That means that 25 percent of the deaths in the country are caused by heart problems, which doesn’t even include the 715,000 Americans who suffer from nearly-fatal heart attacks each year. Heart problems are one of the leading global health concerns right now, as is heart attack prevention. So is it possible that a long-forgotten medical study could really hold the answer to this massive world-wide problems, by providing evidence that this one simple addition to your beverage list could cut your heart attack risk in half?

The list goes on and on, and each year there are new drugs being produced to reduce the risk of coronary heart problems. However, new research may provide a simpler and safer method.

Could Water Be The Key to Heart Attack Prevention?

A study published in the American Journal of Epidemiology over 10 years ago stated that increasing water intake was the best method of heart attack prevention. But this study didn’t receive very much attention, and has largely been forgotten – until now. A recent study looked into how much water was needed to help reduce heart attacks, following over 20,000 adult men and women between the ages of 38 and 100 participating for six years.

Staying hydrated will not only decrease heart attack risk, but it can also help ward off other illnesses, aide in weight loss, and improve your overall health.