Home » Weight Management » Power up: Drink coffee before your workout 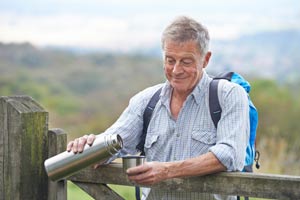 Who doesn’t enjoy their morning cup of coffee to start their day? America’s favorite beverage can do a lot for quick energy and alertness. It’s a stimulant that fires up your brain connections. There’s more. If you’ve wondered, does coffee increase performance?
Exercise pros are touting the benefits of drinking coffee before a workout. So are we – and there’s good science behind caffeine and endurance and, ultimately, caffeine and power.

5 reasons to drink coffee before your workout

So have your morning cup of joe and head out for a hike. Make the most of it! We know that exercise is great for your body and soul, so fuel up with healthy eating and drinking coffee. Don’t you love a good news story?

When it comes to drinking coffee before your workout, we’ve got 5 good reasons why. So get your mug out and lace up those walking shoes. Black is best, mind you, so you don’t get the empty calories from cream and sugar. Drinking coffee will:

1 Improve focus: Caffeine can boost mental performance and improve your ability to focus. There’s so much 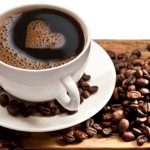 about the brain we have yet to discover. But science has found that caffeine stimulants many areas of the brain that regulate wakefulness and concentration.

University of Arizona researchers determined that seniors who drank half a pint of coffee right before a memory test saw a major improvement in performance when compared to the study participants who drank (boo) decaf coffee. It’s not completely caffeine-free, of course, but decaf has a lot less of the good stuff.

Why is this important to your workout? Focus and concentration help you get the most out of your efforts, whether you’re lifting weights, power walking, doing a dance class. You name it! You want to maximize the burn, and really become engaged in the activity to get the most from all your effort.

A word of caution, though, before we go any further. You don’t want to drink more than four cups a day because the caffeine can give you headaches, light-headedness, shakiness and even anxiety. It’s also a diuretic, so it could leave you rushing to the bathroom more often and feeling dehydrated. Balance out your cups of coffee with good old water.
2 Decrease muscle pain: Muscles often feel sore and stiff after exercise. They’ve worked hard and you’ve caused 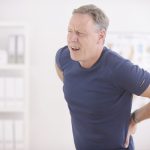 micro tears in the muscle tissue with all the effort. There’s some research suggesting drinking coffee before a workout can reduce the perception of muscle pain.

University of Georgia researchers found that taking caffeine (the equivalent of about two cups of coffee) reduced muscle soreness in women after a strenuous workout. For those of you women who have experienced childbirth, you know you have a high tolerance for pain. But when something like coffee helps decrease it, we’ll drink to that!
3 Prevent diseases: Believe it! New research from the BMJ Heart study has found that as many as four cups of 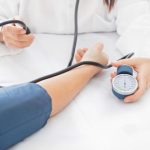 coffee a day is great for your heart. A strong, healthy heart and good circulation make exercising a joy!

Compared to people who don’t drink coffee at all, those who have three to four cups every day have 40 percent less coronary artery calcium – or CAC – according to the study. A well-established marker of heart disease, CAC in greater quantities hardens and narrows the arteries, which can cause blood clots that can lead to stroke and increase your risk of heart attack.

As we’ve said, caffeine has stimulatory effects on mental and physical alertness and muscle coordination. Those benefits come from its influence on the brain. So your brain can benefit in a big way from your coffee habit – and there’s some evidence to suggest it can help prevent dementia.

Even the Alzheimer’s Drug Discovery Foundation is talking about drinking coffee to protect your brain. Although no randomized controlled trials have examined whether coffee or caffeine can prevent dementia or cognitive decline, six observational studies reported that older adults who consumed coffee in moderation (three or four cups a day), had a lower risk of cognitive decline; this protective pattern was seen only in women for four of the six studies.

Also, two observational studies in middle-aged and older adults found that daily coffee drinking lowered the risk of developing Alzheimer’s disease. Not definitive evidence, but still a plug for coffee.

4 Accelerate fat loss: Coffee before a workout for weight loss delivers! That’s because of its fat-burning properties. Drinking coffee before your workout can cause fat cells to be used as an energy source instead of glycogen, your body’s storehouse of carbohydrates.

In addition, the high amounts of caffeine will boost your metabolism, so you’ll be burning more calories throughout the day. More calories burned means more opportunity for weight loss. And drinking coffee before your workout enhances that effect even further.

5 Increase performance: Research is behind this one, too. A report in Sports Medicine has called caffeine a “powerful ergogenic aid” – it’s a top enhancer of physical performance right up there with sports supplements, and physiological and psychological aids to train athletes.

Drinking coffee before your workout means you can train harder for longer. If that’s not in your game plan, specifically, it may mean that it makes your workout feel more enjoyable (and less grueling).

A study published in the British Journal of Sports Science found that participants who drank coffee before running 1,500 meters completed their run 4.2 seconds faster on average than the control group who didn’t consume the java. Ready for your next 1,500 meters? Get out your coffee mug.

Clearly, there are health benefits to be had from your morning cup – and a few cups throughout the day, too. As for those days when you really don’t feel like exercising (and you’d rather just relax and watch TV), we’ve been there… Coffee could be just what you need to perk up and get motivated.

Drinking coffee before your workout will help with power, endurance and keeping your weight on target. Plus, oh how we love the aroma of a fresh-brewed cup. Now there’s a habit we can really get behind.

For years, health authorities believed coffee was bad for your heart. But listen up, java lovers, there’s a new reason to have that extra cup of coffee every day! Drinking as many as four cups daily may help prevent a heart attack. That’s according to new research published by BMJ Heart. Read more here.

Why your morning coffee is more important now than ever

Coffee has been in the hot seat for years and there are a number of studies that are both for and against the popular caffeinated beverage. Now you can add one more plus to the list. Find out about it now.