Home » Bone Health » Dowager’s hump (Kyphosis): Causes of hump on back of neck and how to get rid of it 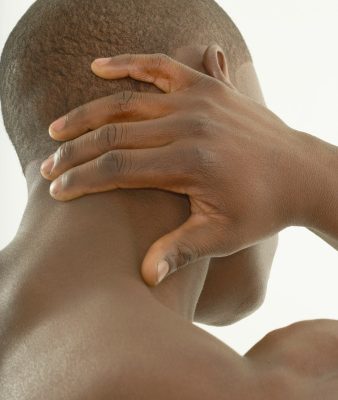 A common problem affecting elders today is the development of dowager’s hump, otherwise known as kyphosis. The condition appears in the form of a humped upper back and affects men and women as they age.

The condition is a physical deformity, taking the form of an over-curvature of the thoracic spine (upper back). It is commonly seen among post-menopausal women. It’s an abnormality that causes the back to be more than 40–45 degrees forward.

There are several types of dowager’s humps affecting both young and old. Approximately 75 percent of patients with the condition are unaware they have it.

Extreme curvature of the spine that forms a hump-like appearance can be caused by many different things. The cause of the condition needs to be determined in order for proper treatment to be initiated. The following are some potential causes:

The following are signs and symptoms that can accompany dowager’s hump (kyphosis):

The cause of kyphosis will often dictate the type of treatment. However, early treatment is important, especially if it’s identified during adolescence. If kyphosis is allowed to progress in younger patients, it can cause significant problems during adulthood. Routine follow-up visits are also part of effective management.

The following are typical treatments of kyphosis:

Certain exercises have been shown to provide some benefit to those suffering from mild cases of dowager’s hump. It is important to keep in mind that these exercises will not cure the abnormal curvature of your spine the first time you do them, but rather, it requires a long-term commitment with gradual changes occurring over weeks, months, or even years.

The following are various exercises that can help improve your posture and reduce the appearance of dowager’s hump. Consistency is key, so it is recommended to repeat these exercises a minimum of three to four times per week.

Tight muscles can be responsible for pulling the head into an incorrect position, leading to poor posture. The following exercise can help mitigate this problem:

Perform these exercises after you have released your tight muscles.

Kyphosis may make your joints stiff, so loosening them up can help promote good posture.

Most cases of dowager’s hump are associated with weak muscles, so by increasing the strength of muscles found in the neck and those involved with posture, you can mitigate most of the negative symptoms associated with kyphosis.