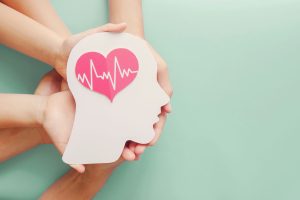 Brain and heart health are closely linked, and new research suggests that a heart attack can lead to faster mental decline over time.

Researchers set out to analyze the short- and long-term impacts of a heart attack on brain health by looking at data from more than 31,000 Americans who took part in six long-term studies between 1971 and 2017. The median age at the start of the studies was 60.

Each had an assessment of their thinking and memory skills and had no history of heart attack or a dementia diagnosis. Participants were then followed for 5-20 years, and more than 1,000 experienced a heart attack during that period.

The researchers found that people who had suffered heart attacks experienced significantly faster declines in memory; skills involved in planning; organizing; focusing; making complex decisions; and overall ability to perform daily activities compared to those who did not have a heart attack.

These declines, however, did not happen immediately. They happened over time, which fits with the reality that dementia does not just appear one day. It is a slow process.

There are several potential reasons for the links between heart and brain health. One could be ongoing damage to the brain caused by silent strokes. Another could be a lack of nutrient-rich, oxygenated blood flow; mini-clots could play a role.

Other recent data shows that brain changes are being identified in younger middle-aged people if they’ve had high blood pressure for an extended period.

In short, it is essential to take care of your heart if you’re concerned about brain health.