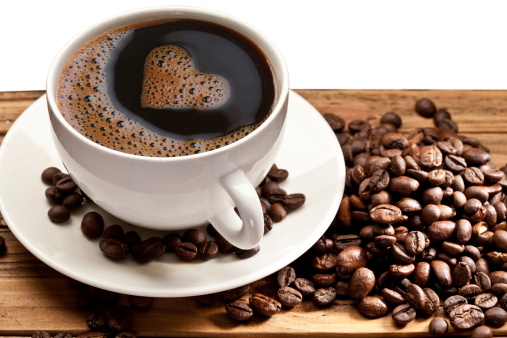 With many recent studies discussing the health benefits of coffee, many nutritionists will continue to tell you that achieving proper health is about moderation. Coffee has slowly but surely become an integral part of our daily lifestyle – across the globe, people have made a daily ritual out of drinking coffee. In the U.S., nearly 60% of the adult population consumes an average of 3 cups of coffee a day. However, this is a troubling statistic considering certain health risks that have been associated with coffee consumption. The risks include, but are not limited to, high blood pressure, diabetes, heart disease, and even cancer.

Heart Disease Risk Under The Age of 55

According to a recently published study in Mayo Clinic Proceedings, people under the age of 55 who drink more than 28 cups of coffee a week have a 56% increased mortality rate. The study consisted of nearly 45,000 people.

Between 1979 and 1998, the 45,000 individuals were asked to fill in a lifestyle survey. The survey contained several questions about coffee consumption habits. In the 17-year follow-up period until the end of 2003, these people were tracked through the National Death Index, or through death certificates. 2,512 deaths were observed within the group between the initial survey and the end of the follow-up period.

Significantly enough, the study showed absolutely no connection between excessive coffee consumption and mortality within the 55 and over age group. Of the 2,512 deaths, 32% were linked to heart disease. The researchers, however, say that no clear connection was found between heart disease in people under the age of 55, and their coffee drinking habits.

Any form of coffee is nothing more than a complex mixture of chemicals, and contains thousands of component ingredients.  On one hand, recent research has found that coffee is in fact an excellent source of antioxidants. On the other hand, it is widely known that the caffeine found in coffee can inhibit insulin release, and cause heart disease.

Because past research has uncovered numerous negative effects of coffee drinking, the research team is unsure about which of them causes the higher death risk amongst younger adults who consume large amounts of the beverage.

The researchers emphasize the need for further study to determine the effect of long-term coffee consumption and all-cause mortality as well as heart disease. They also suggest that adults, specifically those under the age of 55, should avoid consuming more than 28 cups of coffee a week, or 4 cups a day. However, it is far more important to understand that there is a huge variation in the caffeine levels of different coffees. The general consensus among health professionals is that an adult in good health should drink no more than 400mg of caffeine a day. To put this into perspective, a Starbucks “Venti” Coffee contains 415mg of caffeine, while 8 ounces of instant coffee contains between 76mg and 106mg, depending on the brand.

With this finding, a common question is whether there is any cause for alarm or panic. The biggest issue seems to be the conflicting research that continues to flood medical journals, newspapers, and the Internet. Some research points to the toxicity of caffeine and coffee, while other research claims it as a hugely beneficial beverage. While drinking a cup of coffee per day has its antioxidant and other nutritional benefits, moderation remains vital. Ingestion of an excessive amount of coffee (or 4 cups per day) may dramatically increase your risk of heart disease.