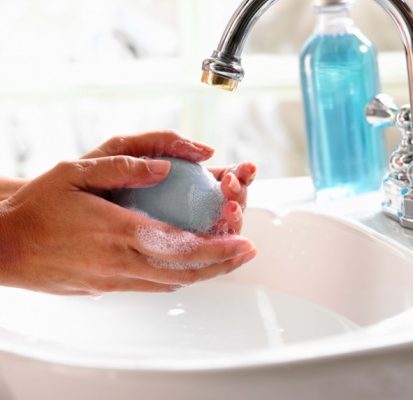 In 1989, Dr. David Strachan proposed the hygiene hypothesis as the mechanism responsible for the development of the body’s immune system. According to Strachan, when an individual is exposed to viral and bacterial infections early in life, such as that during infancy, the chances of developing allergies during adulthood would be smaller. The hygiene hypothesis of early exposure to bacterial infections thus serves as a preventative measure against severe diseases involving the immune system.

The Effect of the Hygiene Hypothesis on Your Immune System

Since the release of the research article on the hygiene hypothesis, several reports supporting the concept of early exposure to viral and bacterial infections as a preventative mechanism against allergies generated by the immune system have emerged. For example, it has been reported that children interacting with each other and thus possibly transmitting viral bacterial infections possess a more developed immune system, as compared to children who have less exposure and interactions with other kids. These include children who have more siblings or those who are regularly sent to day care. Children who had acquired viral and bacterial infections early in life have thus apparently acquired a preventative method of building their immune system, thus lowering their chances of suffering from an allergic disease later in life.

According to a recent report published in the journal Public Library of Science (PLoS), early viral or bacterial infections, through the involvement of the immune system, delay the development of a hypersensitivity reaction of a child’s body. This observation may be preventative against allergic reactions produced by the immune system, thus protecting the body from severe viral and bacterial infections.

The Results of the Immune System Study

In a study involving approximately 283 children with ages ranging from two to seven years old, physical examination was performed to identify signs of early infection to Candida albicans, a pathogenic fungi that commonly afflicts patients positively diagnosed with cancer or AIDS. C. albicans generally occurs among patients with poor immune system, thus lacking a preventative mechanism against the entry and infection to this agent. This fungus initially infects the mouth and the genital areas of a patient and then rapidly spreads throughout the body, often resulting in death. The study also examined the thickness of the skin in the triceps area, which often manifests any signs of fungal infection. Questionnaires were also completed by the parents of the children to collect information regarding family size, administration of BCG vaccination, and medical history of viral or bacterial infections during early infancy.

What This Means for Bacterial Infections

This recent medical report provides useful information in understanding the role of immunity to various types of disease, thus allowing biomedical researchers to design preventative schemes against infections and specific conditions such as autoimmune diseases. Immunity can effectively protect the body from the invasion of pathogenic microorganisms, yet it is also important to determine the actual timing of infection. The medical report suggests that the immune system needs to be activated early in order to generate a preventative scheme against immune disorders. Through this mechanism, the immune cells may produce specific antibodies that would interact and destroy foreign bodies circulating with the body. This preventative mechanism may also play a role in decreasing the morbidity and mortality rates associated with immune disorders.