Home » Healthy Eating » Can We “Train” Our Fruits and Vegetables To Be More Nutritious? 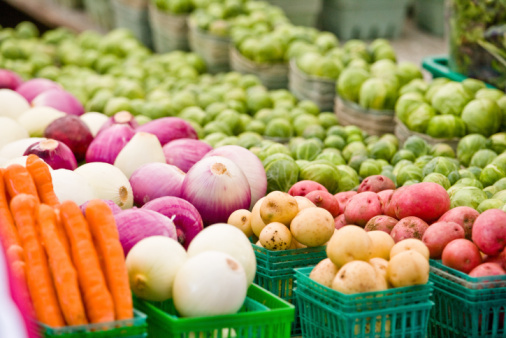 While a lot of us may feel like we have “no sense of time,” science has long decreed the opposite – each of us has an “internal clock,” known as circadian rhythms that regulate a number of bodily functions including the sleep-wake cycle, the temperature of the body, and the release of hormones. Although they are most often associated with animals and humans, fruits and vegetables now seem to also have internal clocks – clocks that dictate the expression of genes and regulate a variety of plant processes. Interestingly, recent research has found that regulating the internal clocks of fruits and vegetables could increase their nutrient profile and strengthen their ability to operate as functional foods (foods that promote health and/or prevent disease).

Scientists have long known that plants have internal clocks, but in 2012 researchers at Rice University discovered that plants use those clocks to regulate the production of compounds that defend against insects. They found that the internal clocks functioned intelligently, causing an increase in the production of insect-fighting compounds a few hours before dawn, which is the very time that hungry insects begin to feast on plants. This discovery prompted Rice University biologist, Janet Braam, to investigate whether or not the internal clocks of fruits and vegetables also regulate compounds that are beneficial to human health.

Braam’s team began the investigation by attempting to reset the internal clocks of post-harvest cabbage by using controlled lighting in a sealed chamber. “Vegetables and fruits don’t die the moment they are harvested…they respond to their environment for days…,” said Braam. Braam and her team discovered that they could both reset the internal clocks of post-harvest cabbage and also use light to manipulate the cabbage into making more antioxidants at certain times of day. More specifically, they were able to increase the production of glucoraphanin, which is a powerful antioxidant that allows cruciferous vegetables to operate as functional foods. Not only does glucoraphanin help to fight free radicals, it also helps to fight against cancer, detoxify the body, and may help prevent ulcers, gastritis, and a variety of degenerative disorders.

The researchers continued the investigation by testing out the effects of controlled lighting on other fruits and vegetables including lettuce, carrots, spinach, zucchini, sweet potatoes and blueberries. “We were able to entrain each of them, even the root vegetables,” said lead author, Danielle Goodspeed. According to Braam and Goodspeed, these findings suggest that storing fruits and vegetables in dark trucks, boxes and refrigerators post-harvest, may comprise their ability to keep daily rhythms, which could ultimately reduce their shelf life and their health promoting properties. “We cannot yet say whether all-dark or all-light conditions shorten the shelf life of fruits and vegetables,” Braam said. “What we have shown is that keeping the internal clock ticking is advantageous with respect to insect resistance and could also yield health benefits.”

Although we are not there yet, scientists may be able to use this discovery to amplify the functional food properties of the fruits and vegetables that arrive on our plate. “It’s exciting to think that we may be able to boost the health benefits of our produce simply by changing the way we store it,” Goodspeed said. Simple strategies such as developing refrigerators that are programmed to sync with the hours of the day may result in fruits and vegetables that both last longer and provide greater health benefits. Until such technologies are developed, you can ensure you are receiving optimal nutrients from your fruits and vegetables by buying fresh, organically grown produce at your local farmers market.