Home » Health News » Do You Need Another Reason to Keep Drinking Coffee? 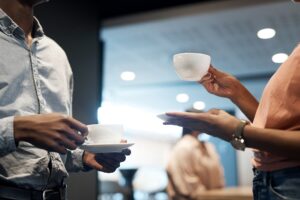 Just when you thought you’d filled your mug with reasons to keep drinking coffee, Australian researchers want it to overflow.

A new study has found that moderate coffee drinkers live longer and have healthier hearts than those who don’t.

Let’s add this to the list of other coffee benefits, as well as the pile of research that shows that it can contribute to overall health and longevity in various ways.

The research was published in the European Journal of Preventative Cardiology.

Ground drip coffee, however, did seem to outperform the others.

Researchers analyzed data from the UK Biobank database, focusing on people aged 40 to 69. The average age was 58. The team looked at levels of daily coffee intake, lifespan, heart disease, heart failure, and stroke.

Data from 450,000 British people was divvied up into six groups:

After all was said and done, researchers found that people with a medium level of coffee intake – two to three cups per day – showed the greatest gains in life span compared to those who never drank coffee.

Those who drank ground coffee had a 27 percent lower chance of dying during the follow-up period, compared to 14 percent that drank decaf and 11 percent who drank instant.

People who drank two to three cups of ground coffee were 20 percent less likely to develop heart disease, while the numbers were nine and six percent less for those that drank instant or decaf, respectively.