Home » Health News » Do this one thing for stronger bones 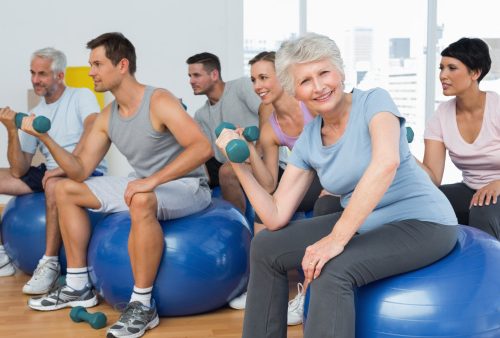 Osteoporosis is the loss of bone density. It is more prevalent among women, though men can very well be affected by bone weakness, too. We know that exercise – along with a calcium-rich diet – is a great way to promote strong bones, but recent study has determined just how much time you need to exercise in order to prevent osteoporosis and promote stronger bones.

The exact amount of exercise for strong bones …

Findings published in the journal Bone revealed that performing high-impact exercises like weight training at least twice a week is the appropriate amount of exercise to promote stronger bones. The study found performing such exercises less than twice a week was not effective at maintaining bone density.

The goal of the study was to uncover the minimum amount of exercise required to maintain normal or near-normal levels of bone density in postmenopausal women with pre-osteoporosis (osteopenia). Women who exercise consistently still experienced bone loss, but the reduction was smaller, compared to the control group who did not perform any exercise.
German researchers tracked 55 middle-aged women with osteopenia between 1998 and 2014. The participants completed up to four exercise sessions a week. Bone density scans were compared at regular intervals against 43 controls. Other factors that could contribute to bone density loss were taken into consideration as well.

Although attendance of fitness classes gradually decreased, no participant stopped exercising completely for over three months.

The study revealed that a minimum of two days of exercise weekly is enough to slow down bone loss density, compared to working out less than twice a week or not at all. Therefore, it is highly important that you find a type of exercise you enjoy so that you stick to it and continue on as a means of promoting stronger bones.

Osteoporosis can increase the risk of fractures, which may subsequently result in disabilities promoting illness and depression. This is why it is so important that older adults take the necessary steps to prevent bone loss as much as possible. This includes regular exercise along with a calcium-rich diet.

Make your bones stronger with this…

Eat this for stronger bones