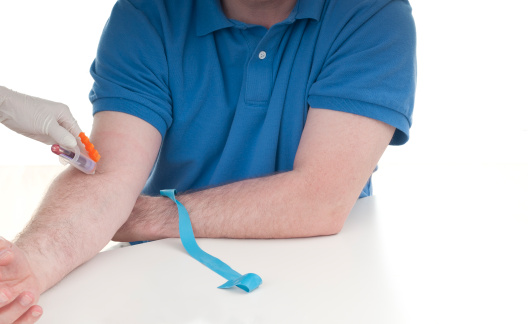 Prostate cancer is a type of cancer that develops in the prostate gland of the male reproductive system. This year alone, over two hundred thousand cases of prostate cancer will be diagnosed by doctors in the United States. But, while most men are being encouraged to undergo a prostate cancer screening (PSA test), the medical committee of the American College of Physicians are warning men about the potentially harmful effects of prostate screening.

The American College of Physicians (ACP) has gone as far as to set up guidelines for doctors who specialize in treating adults, in light of their concerns about prostate screening. The ACP is asking that doctors be clear about the dangers of PSA tests before offering their male patients a prostate cancer screening. The guidelines say that doctors should not screen men under the age of 50, over the age of 69 or anyone who has less than 10 to 15 years to live.

According to the ACP committee, the problem with prostate cancer screenings is that the test detects the smallest of cancers that have an insignificant impact on a man’s life. Consequently, men who seek treatment for these insignificant cancers are then exposed to side effects such as impotence and incontinence. It is important to note that the committee acknowledges that PSA screenings are saving thousands of lives, despite the risk given from treating insignificant cancers.

According to the American Cancer Society prostate cancer is the second leading cause of cancer death in American men. The fear is substantial and so the debate over PSA testing has become increasingly controversial. The American College of Physicians understand that it is ultimately up to the patient to decide whether to receive a screening or treatment; however, they want to make sure doctors carefully explain all the benefits and risks associated with screening, as well as guide patients to make a decision that is best for their long-term health.

The ACP is supported by the U.S Preventative Services Task Force – the panel that suggested the number of deaths avoided by screenings is not significant compared to the great risks associated with treating harmless cancers. The dangers of these treatments include infections, incontinence, erectile dysfunction, and even death. The Task Force actually suggests all average-risk men avoid PSA testing.

The American Cancer Society has stated that we have been taught to fear cancer and tend to want to treat all cancer quickly and aggressively. As a result, many people place blind faith in the testing procedures for all types of cancer. Little attention is paid to the potential risks associated with the tests or with the medical treatment that could follow.


How screening is done

A prostate cancer screening simply involves drawing blood. The results are sent to a lab and within days the results come back.  If you have a family history of prostate cancer or some other reason to be thinking about prostate screening, make sure you discuss all the benefits, risks and limitations of PSA screening as well as digital testing and ultrasounds with your doctors.