Home » Colon And Digestive » Diverticulosis risk may be lowered with vegetarian diet but not high-fiber diet: Study 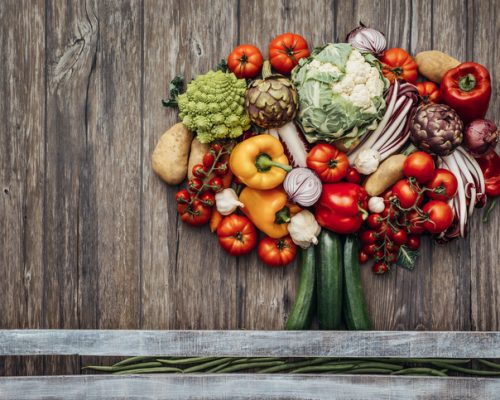 The digestive ailment diverticulosis is part of what doctors refer to as diverticular disease, and while for years scientists thought eating a high-fiber diet lowered a person’s risk of developing this condition, new research suggests a vegetarian diet, but not high-fiber diet, could actually help fend off the digestive disorder.

Researchers at the University of North Carolina (UNC) Chapel Hill School of Medicine report that consuming a high-fiber diet raised the risk of developing diverticulosis instead of lowering it. In the past, experts believed that constipation increases a person’s risk of getting diverticular disease, which the study also countered.

On the surface, diverticulosis doesn’t seem all that frightening, especially when you consider that most cases don’t reveal any symptoms. However, complications can develop, leading to infections, bleeding, intestinal perforations, and death.

The UNC study looked at just over 2,000 patients who had a colonoscopy. They were interviewed about diet, bowel movements, and their physical activity. Since doctors have been recommending high-fiber diet to regulate diverticulosis since the late 1960s, the researchers were surprised to discover that low-fiber diet was not linked to a higher prevalence of diverticulosis. The thought has always been that low-fiber diet caused constipation, and it was assumed that it would lead to diverticula as a result of increased pressure in the colon, yet few studies have ever been conducted to confirm that theory.

Diverticulosis impacts men and women equally and is seen all around the world. It is interesting to note that more cases do appear in developing countries. Since it can be asymptomatic, meaning it shows no symptoms, there could be several hundred or even thousands of people in the United States who don’t even realize they have the condition. If it progresses to diverticulitis and symptoms such as cramping or rectal bleeding occur, medical attention should be sought.

Although the exact cause of diverticulosis is still unknown, many medical scientists now suspect gut flora has something to do with it. Right now, in terms of addressing the condition, a vegetarian diet may lower the risk, and the UNC team contends that more research should be done to help develop further dietary recommendations.

A study published in the British Medical Journal states that vegetarians are a third less likely to get diverticular disease.

This team of researchers concluded that both a vegetarian diet and a high-fiber diet are linked to a lower risk of diverticular disease.

Currently, public health officials in the United Kingdom recommend the consumption of foods high in fiber, including wholegrain breads, wholegrain cereals, fruits, and vegetables, not only for those who have had bouts of diverticular disease, but for anyone who wants to lead a healthy lifestyle.

While the latest research from North Carolina seems to indicate that you don’t need to overdo it, you still need some fiber in your diet, regardless of whether you have diverticular disease or not. A well-balanced diet gives you all the minerals and nutrients your body needs to function properly.

The following items from a typical vegetarian diet could serve as a diverticulosis food list:

Gastroenterologists are the specialists who treat people with diverticular disease. While many are surprised by the University of North Carolina study debunking the fiber approach, they are intrigued and very interested in follow-up studies that can help guide them in treating their patients. Most believe that diet is, and will continue to be, the best way to deal with diverticulosis and similar ailments.