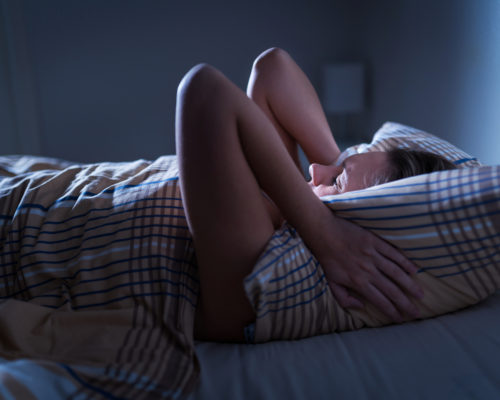 Having a restless night’s sleep may not just leave you feeling groggy and tired—it may also be hardening your arteries and leading to inflammation. A new study from University of California, Berkeley has found that disrupted sleep and clogged arteries are pathologically intertwined.

Sleep scientists at UC Berkeley have uncovered how fragmented nightly sleep can lead to the fatty arterial plaque build-up known as atherosclerosis that can lead to fatal heart disease.

“We’ve discovered that fragmented sleep is associated with a unique pathway, chronic circulating inflammation throughout the blood stream, which, in turn, is linked to higher amounts of plaques in coronary arteries,” said study senior author Matthew Walker, a UC Berkeley professor of psychology and neuroscience.

“To the best of our knowledge, these data are the first to associate sleep fragmentation, inflammation and atherosclerosis in humans,” said study lead author Raphael Vallat, a postdoctoral researcher in Walker’s Center for Human Sleep Science at UC Berkeley.

The Multi-Ethnic Study of Atherosclerosis

For the study, researchers used statistical modeling to analyze the diagnostic data of more than 1,600 middle-aged and older adults using a national dataset known as the Multi-Ethnic Study of Atherosclerosis. Lifestyle habits that could affect the quality of sleep were controlled.

Study participants were tracked by blood tests, calcium scores, and several different measures of sleep, including wristwatch-assessed sleep across a week and a night in a sleep laboratory that measured electrical brainwave signals.

It was concluded that disrupted sleep patterns are linked to higher concentrations of circulating inflammatory factors, specifically of white blood cells known as monocytes and neutrophils, which are key players in atherosclerosis.

“In revealing this link with chronic inflammation, the findings suggest a missing middleman that is brokering the bad deal between fragmented sleep and the hardening of blood vessels,” Walker said.

With this new information showing a direct relationship between poor sleep and cardiovascular disease, researchers believe it is worth exploring if any other diseases could be affected.

“This link between fragmented sleep and chronic inflammation may not be limited to heart disease, but could include mental health and neurological disorders, such as major depression and Alzheimer’s disease,” Walker said. “These are new avenues we must now explore.”

Risk factors for cardiovascular disease in humans can include a poor diet, lack of exercise, obesity, high blood pressure, high cholesterol, and smoking, among others. As the majority of risk factors are mainly associated with lifestyle, doctors recommend adopting a heart-healthy diet, getting plenty of exercises, and quitting smoking.