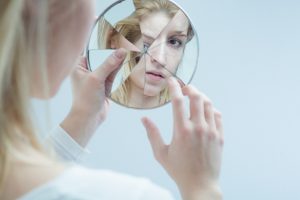 Disorganized schizophrenia, also known as hebephrenia, is a subtype of schizophrenia. It is believed to be an extreme case of disorganization syndrome, which is one of the three features of schizophrenia, the other two being delusions/hallucinations and psychomotor poverty, referring to poor speech, lack of spontaneous movement, and blunting emotion.

Disorganized schizophrenia is described as illogical thoughts and behaviors.

Some experts believe that disorganized schizophrenia is the most severe type of schizophrenia because it hinders a person’s ability to perform everyday tasks. Patients may have greater difficulty expressing themselves which can be stressful for caregivers as well.

The researchers have identified some risk factors which include genetics, viral infections, fetal malnutrition, stress during early life, childhood abuse or trauma, parental age of conception, and drug abuse.


Signs and symptoms of disorganized schizophrenia 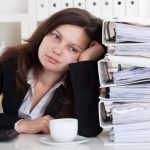 Active behavior: Patient may become quite active with no particular focus to their activity – otherwise known as non-constructive behaviour. This behaviour can be unpredictable and unproductive. Examples include grabbing a chair, moving objects, or writing down notes with no reason.

Anhedonia: This refers to a general lack of pleasure. No activity, hobby, object, or person can bring the patient enjoyment or pleasure which can contribute to an apathetic state. The person does not engage in anything because they simply don’t know what to do for pleasure.

Avolition: This refers to a lack of motivation, so even though a person may want to complete a task they have no motivation to actually get going. This can prevent the patient from getting anything done.

Disorganized thinking: Thinking is unclear, and so is the ability to connect thoughts together to make sense. Speech is then nonsensical, which makes sustaining a conversation challenging.

Formal thought disorder (FTD): This is the highly disorganized thinking characteristic of this type of schizophrenia. Patients may experience poverty of speech, perseveration (repetition of a particular response), neologisms, and thought blocking.

Disorganized speech: Speech may not make any sense, and although the patient may start a conversation, the words and phrases do not fit well together. Speech may appear random, there is a lack of cohesion and train of thought.

Flat affect: The patient does not show any emotion, so they come off as monotone and appear apathetic. They may appear to have blank faces or expressionless faces.

Grossly disorganized behaviour: Behavior is so disorganized that it drastically affects a person’s daily life. Personal hygiene and personal care may be affected, meaning they don’t shower or forget to eat. Sometimes, their behaviour can come off completely strange. For example, they may dress to go to a beach even though it is a cold winter day. Behaviors can also come off as childish and immature for the person’s age.

Grimacing: This is a type of inappropriate facial response in which the patient may grimace at the corners of their mouth. This is a common expression seen among schizophrenic patients.

We mentioned some of the general risk factors for schizophrenia which included genetics, viral infection, fetal malnutrition, stress during early life, childhood abuse or trauma, age of parents at time of conception, and drug abuse.

As with other types of schizophrenia, treatment can help patients live a normal life. If left untreated, disorganized schizophrenia does raise the risk of health and living complications. Complications of disorganized schizophrenia include depression, suicidal thoughts, suicidal behavior, malnutrition, hygiene problems and lack of personal care, substance abuse, homelessness, delinquent behavior leading to imprisonment, inability to study or perform work, or illnesses related to tobacco use – many schizophrenics smoke heavily and regularly, which increases the risk of smoking-related complications.