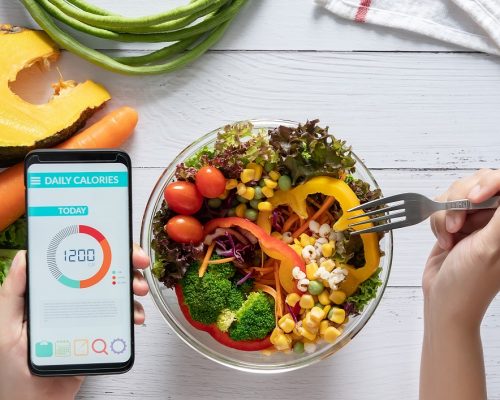 Avoid cardiovascular disease by ditching the sweets. This is the suggestion from a new study published in the journal BMC Medicine that looked at two common dietary patterns in British adults.

As one of the main causes of death and disability in the UK, cardiovascular disease can be caused by poor diet. Unfortunately, the most common dietary guidelines are based on the nutrients found in foods rather than the food itself, which can be confusing to the public.

To try and bridge the gap between the nutrients and foods themselves that should be avoided, researchers from the University of Oxford, UK, set up a study to find which foods had the highest associations with poor cardiovascular health. They analyzed data collected from 116,806 adults from England, Scotland, and Wales who were participating in the UK Biobank from 2006 to 2010.

All participants reported the foods they ate during the previous 24 hours between two to five occasions.

Two diets were identified that were associated with an increased risk of cardiovascular disease and health in middle-aged adults in Britain. The first diet was high in butter, white bread, chocolate, and confectioneries. It was low in fresh fruit and vegetables.

The second was high in sugar-sweetened beverages, chocolate, fruit juice, table sugar, and jam. But it was low in butter and higher-fat cheese.

It was found that those whose diet included higher amounts of confectioneries, chocolate, butter, and white bread were more likely to be younger, male, less economically stable, obese, smokers, with possible hypertension and less physical activity. In this group, participants who were younger than 60 years old or living with obesity had a higher risk of cardiovascular disease.

Those who had a diet high in sugar-sweetened beverages, jam, and fruit juice were more likely to be more physically active, and were less likely to be smokers, obese, have cholesterol, diabetes, or high blood pressure. However, they were still found to be at an increased risk for cardiovascular disease and mortality. Women who were younger than 60 years old or who were obese were particularly more at risk for developing cardiovascular disease if they consumed a diet high in these foods.

Researchers do note that further studies are needed to confirm the findings, cautioning that this is only an observational study. Dietary data was only taken from participants in 24-hour assessments, rather than a continuous period.