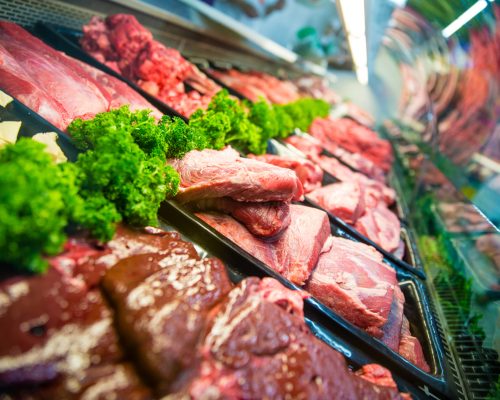 We all know the importance of eating a healthy diet with plenty of vegetables, lean proteins, whole grains, and fruit. Eating well can go a long way for our health, and a new study adds more evidence to support the case of a balanced diet.

Prostate cancer is the leading type of cancer among men. It is estimated that one out of every seven men in the U.S. will be diagnosed with prostate cancer during their lifetime. In many cases, the cancer is growing slowly, and patients can live many years without serious complications. A new study has found, though, that a diet high in saturated fat is linked to the most aggressive form of prostate cancer.

Saturated fat is found in meat and dairy, and according to a recent study, a diet high in this type of fat can contribute to an aggressive form of prostate cancer. The link between saturated fat intake and aggressive prostate cancer was seen to be higher if patients were not taking statins (cholesterol-lowering medication).

The association was strongest among men of European descent, compared to African American men.

A diet high in saturated fat is associated with higher cholesterol levels, which are already well known to worsen outcomes of prostate cancer.
The researchers looked at data from 1,854 men with newly diagnosed prostate cancer and their dietary fat intake. Seventeen percent were diagnosed with an aggressive prostate cancer.

The researchers calculated the amount of fat – saturated, monounsaturated, and polyunsaturated in their diets.

A diet high in saturated fat was associated with a 51 percent higher risk of aggressive prostate cancer, compared to the diet with the lowest amount of saturated fat. For men not taking statins, this risk rose to 71 percent.

To cut down on saturated fat, choose lean meat and low-fat dairy products, and cook your meals with plant-based oils.

Early prostate cancer diagnoses on the decline in the U.S.