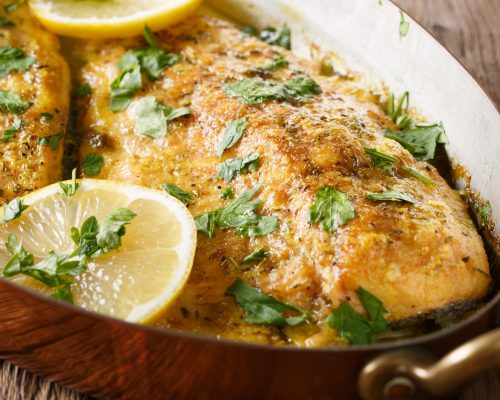 For those who suffer from migraine headaches, a change in diet may help to reduce frequency. A new study published in the BMJ suggests that a diet higher in fatty fish may help migraine sufferers reduce their monthly headaches and pain intensity.

During the 16-week study, participants were required to monitor their number of migraine headache days, duration, and intensity. They also listed how their headaches affected their ability to function at work, school, and social lives, and how often they needed to take medication.

At the beginning of the study, participants averaged more than 16 headache days per month, over five hours of migraine pain per day, and had baseline scores that reflected a severe impact on quality of life despite using headache medications.

Blood samples from this group showed lower levels of pain-related lipids. However, despite the reduction in migraine frequency and pain, participants only reported minor improvements in migraine-related quality of life.

This study adds to the research team’s previous work on the impact of linoleic acid and chronic pain. Researchers previously explored whether linoleic acid inflamed migraine-related pain processing tissues and pathways in the trigeminal nerve. They concluded that a diet lower in linoleic acid with higher levels of omega-3 fatty acids could help soothe this pain pathway inflammation.

Linoleic acid is a polyunsaturated fatty acid commonly found in the standard American diet and made from corn, soybean, and other similar oils plus some nuts and seeds. With high levels of it being consumed every day, researchers are trying to connect some health concerns to consuming fatty acid.

The study’s author concluded the study by saying, “Changes in diet could offer some relief for the millions of Americans who suffer from migraine pain. It’s further evidence that the foods we eat can influence pain pathways.”