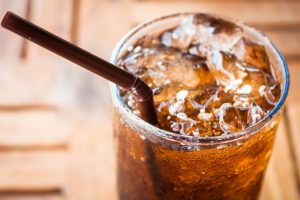 Weight loss is about a lot more than a slimmer figure. It’s about overall health. Being overweight or obese is linked to several inflammatory chronic conditions like heart disease and diabetes.

Attempting to lose weight is one of the most important things you can do for your heart.

One popular weight loss tool is diet drinks. Artificially sweetened zero-calorie sodas and other beverages look great on paper. But the truth is they could actually be causing you to gain weight.

Research on artificial sweeteners is far-reaching and there have been diverse results. Some studies suggest they could be helpful for weight loss. Others show they contribute to weight gain, type-2 diabetes, poor gut health, and metabolic disorders.

A brand new study by researchers at the University of Southern California looked to iron some of that out.

They found that consuming beverages sweetened with sucralose, a type of artificial sweetener, could contribute to weight gain in women.

Study participants drank 300 milliliters of fluid — either a beverage sweetened with table sugar, sucralose, or water as a control — on three different occasions. In the following two hours, each had an MRI to check brain responses to images of junk food.

Participants also had access to a snack buffet while they waited.

Researchers found that there was increased activity in the area of the brain of women and obese individuals when they were shown photos of foods like donuts and burgers after drinking the sucralose-sweetened beverages.

Sucralose also seemed to affect hunger hormones that tell the body it feels full. Leptin, the hormone responsible for satiety, fell following a sucralose drink. This was also evident in behavior: sucralose-drinking women, but not men, ate more at a snack buffet.

These results suggest that women and obese individuals may be at increased danger from sucralose-sweetened drinks. They also shed some light on why results can be so varied when looking at artificial sweeteners.

If plain water doesn’t do it for you, consider infusing it with fruit or opting for sparkling water if it’s more about mouthfeel. Black coffee and tea are also flavorful beverages to consider as alternatives to soda.