Home » Heart Health » This diet can save your heart 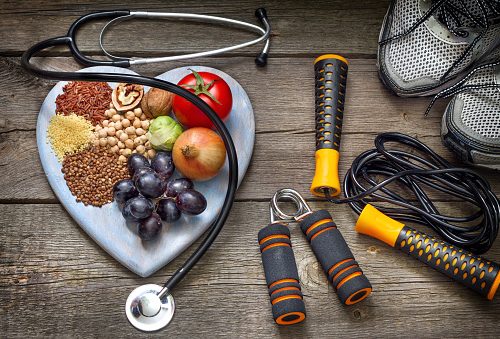 The good news is, the apple is just the beginning. There are a lot of fruits and veggies that can cut down your risk of heart disease.

In North America, one of the most common factors that increase the risk of heart disease is cholesterol levels. And to reduce this risk, many doctors prescribe cholesterol-lowering meds. But now physicians in Canada are suggesting a vegan diet can work as well as, if not better, than meds.

Dr. Shane Williams, one of the vegan diet evangelists, is a cardiologist in Ontario, Canada. He’s been on a vegan diet since 2010 and has noticed real benefits. So, he’s been slowly refocusing his patients on lifestyle changes for the past four years. Dr. Williams says that patients who have an open mind about diet are noticing a significant difference after going vegan.

He also believes cardiologists need to spend at least an hour with their heart patients talking about their food habits and discussing alternatives.

For your heart’s sake, go vegan

Dr. William Roberts also believes that a vegan diet is a solution to heart disease in the Western world. He contends that the cause of heart disease is elevated cholesterol from not eating vegan.

According to him, going vegan helps even from an economic standpoint. Not just because veggies are cheaper than meat, but because of the harmlessness of a vegan diet compared to drugs.
Another leading expert on diet and heart disease, Dr. John McDougall thinks that heart disease can be prevented and treated diet. His recommended diet consists of starches, vegetables, and fruits, but no animal products or added oils. However, he accepts that medications have their place too, as the last solution.

We’ve all heard the age-old adage—prevention is better than a cure. And these good doctors are bringing that thinking back into practice with their recommendation of a vegan diet. According to doctors, the plaque that builds up in our arteries is made of cholesterol. Though, when our cholesterol is low, there’s nothing for our body to build plaque with.

The best way to settle the issue of vegan versus meaty diets is to look at your teeth. Only four are for meat eating, which says a lot. In fact, a 32:4 ratio of vegan diet versus meat diet would be a good place to start to protect your heart.

Related: Improve your heart health with this new way of eating