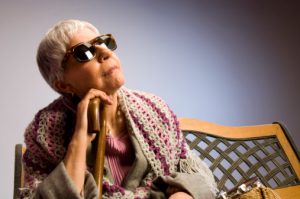 Type 2 diabetes is a serious metabolic condition with a multitude of negative side effects. One of the leading causes of type 2 diabetes is obesity, and many obese individuals also suffer from obstructive sleep apnea (OSA), a potentially dangerous disorder that causes breathing to repeatedly stop and start during sleep.

A new study into patients who have both conditions has found an increased risk for the development of another condition called diabetic retinopathy, which leads to blindness.

“Despite improvements in glucose, blood pressure, and lipid levels, diabetic retinopathy remains very common. Meanwhile, OSA has been shown to be very common in patients with type 2 diabetes, which is not surprising considering that excess weight contributes to the development of both of these conditions,” said corresponding author Dr. Abd Tahrani of the University of Birmingham’s Institute of Metabolism and Systems Research.

Loss of vision from diabetic retinopathy is expected to occur within less than four years.

All diabetics are at risk for developing diabetic retinopathy, regardless of whether they suffer from obstructive sleep apnea. It is generally considered a complication of poorly controlled blood sugar levels.

Diabetes is the leading cause of blindness in the Western world.

Looking for a link

The study in question involved 230 type 2 diabetic patients and excluded anyone who was already known to have OSA or any other kind of respiratory condition. Specialist retinal imaging was used to assess diabetic retinopathy. OSA was assessed using a home-based cardio-respiratory device.

Diabetic OSA patients did, however, have a lower risk of developing advanced diabetic retinopathy when they received treatment for their OSA compared to those patients who didn’t receive any treatment.

“Following our research, it is important that clinicians treating patients with type 2 diabetes are aware that their patients who also have OSA are particularly at increased risk of developing advanced retinopathy and, hence, appropriate preventative measures should be put in place,” Dr. Tahrani added.