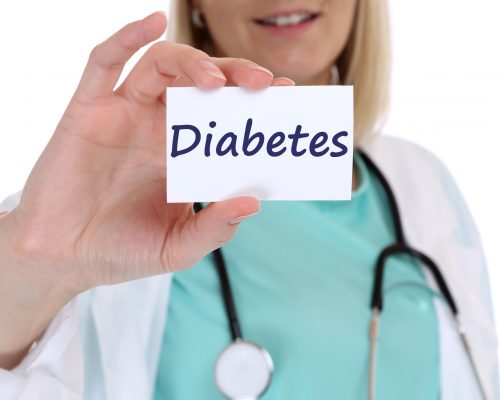 According to a recent study by researchers at the UMass Medical School, the risk of diabetes is higher in postmenopausal women who take statins. Statins are among the most widely prescribed medications for reducing cholesterol levels, reducing the risk of atherosclerotic cardiovascular disease, and preventing cardiovascular events like heart attacks. Although the statin therapy itself is well tolerated, an increasing number of studies are linking it to new-onset diabetes. The results of the current study, published online in the Archives of Internal Medicine, suggest that there are millions of women over 50 who are on statin drugs, and the risk of these women developing diabetes is significantly high. In fact, one of the senior authors of the study, Yunsheng Ma, MD, PhD, associate professor of medicine and an epidemiologist at UMMS, states that the risk of developing diabetes is 48 percent more in statin-taking women, compared to postmenopausal women who are not on the cholesterol-lowering medications.

Dr. Ma believes these findings will impact current clinical practice significantly, as the use of statins has been on the rise in recent years. In fact, statistics show that almost one in every four Americans over the age of 45 takes cholesterol-lowering medications (statins) on a regular basis.

An in-depth survey conducted by the National Center for Health Statistics reveals that over the last 20 years, the rate of taking statins has increased tenfold in Americans over age 45. In the period between 1988 and 1994, as little as two percent of this demographic were taking statins. That number has soared up to 25 percent in the period between 2005 and 2008. These numbers are in sync with the federal data, which also shows that 39 percent of women over the age of 75 take statins.

According to Judith K. Ockene, PhD, the coauthor of the study, this research is part of The Women’s Health Initiative, which has utilized the services of over 40 clinical centers to provide data and analyses that challenge several areas of common medical practice. The UMass Medical School (UMMS) is one of these centers.


Statins and the risk of developing diabetes

The UMMS study is a more particular study based on the results of many general studies linking statin-taking to an increased risk of diabetes. A paper published in The BMJ concludes that treatment with high potency statins (especially simvastatin and atorvastatin) may up the risk of developing diabetes.

One clinical trial showed that prolonged intake of rosuvastatin heralded a 27 percent increase in the risk of diabetes. On the flip side, a similar trial suggested that patients taking pravastatin enjoyed a 30 percent lower risk.

As the data on the subject of the association between individual statin use and new-onset diabetes is limited, researchers from Canada carried out a population-based study on residents in Ontario, Canada, to come to a reasonable conclusion.
As part of the study, 1.5 million Ontario residents were followed for a maximum of five years. All the participants were aged 66 and over, and the median age of the participants was 73 years. The criteria for selection included that the participants started taking statins regularly between 1997 and 2010. Follow-up ended either at the end of a five-year period following the initiation of statins, or the end of 2010, whichever came first.

The researchers of the study got their data from the Ontario Drug Benefit database, the Canadian Institute for Health Information Discharge Abstract Database, and the Ontario Diabetes Database. The statins included in the study were: atorvastatin, fluvastatin, rosuvastatin, lovastatin, simvastatin, and pravastatin. Atorvastatin accounted for more than half of all new statin prescriptions.

The results of the study showed that while the overall risk of developing diabetes was low, some patients had an increased risk of diabetes after taking statins. But as expected, the results varied with different statins.

The researchers also found that older patients were at an increased risk of new-onset diabetes, too.

Following the study, researchers suggest that clinicians should be cognizant of the risks associated with the statin therapy.

They also feel that, given the decreased risk of diabetes in the participants who took pravastatin and fluvastatin, these two statins should be more widely recommended.

Considering that one in four Americans over 45 is on statin medications, it is crucial that more detailed studies are conducted to evaluate the risks as well as benefits of statin use among women, men, and even diverse ethnicities with different risk profiles.

Dairy is good for your whole body – heart, bones, teeth – and a study has singled out yogurt from the dairy foods for its ability to lower your risk of type 2 diabetes. Continue reading…

Aside from being a known diabetes risk, high glycemic index foods have additional side effects. The popular criticisms against sugar center on weight gain and diabetes. Continue reading…