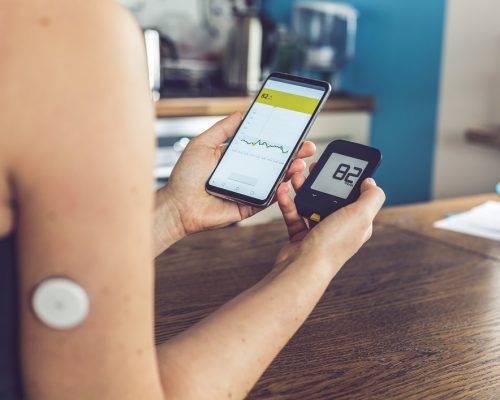 According to a study published in Neurology, older adults with type 1 diabetes and both low and high blood sugar levels may have a greater dementia risk. Researchers suggest that it only takes one visit to the hospital with blood sugar extremes to be six times more likely to develop dementia compared to people without blood sugar issues.

Type 1 diabetes is a chronic condition that involves the pancreas not producing enough insulin. Low blood glucose (hypoglycemia) is the primary sugar in the blood and could result in loss of consciousness. Hypoglycemia can result from an insulin deficiency or extremely high blood sugar and dehydration.

This study from the University of California Davis School of Medicine looked at severe glycemic events, which were defined as episodes of low or high blood sugar that resulted in hospitalization. There was a total of 2,821 people who were analyzed, all of which had type 1 diabetes.

Study author Rachel A. Whitmer, Ph.D. explained, “For people with diabetes, both severely high and low blood sugar levels are emergencies, and both extremes can largely be avoided. However, when they do occur, they can lead to coma, increased hospitalization and even death. People with type 1 diabetes are living longer than before, which may place them at risk of conditions such as dementia. If we can potentially decrease their risk of dementia by controlling their blood sugar levels, that could have beneficial effects for individuals and public health overall.”

Further research may be needed to solidify these conclusions, as there were some limitations. All people in this study had to be diagnosed by a health care provider to be counted as having dementia. Since many dementia cases go undiagnosed, this could have resulted in underreporting the number of actual cases.