Home » Colon And Digestive » In diabetes patients, gastroparesis and stomach problems may be reduced with dietary changes 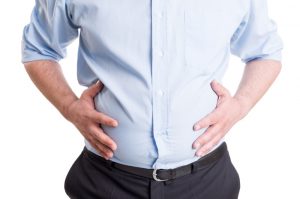 In diabetes patients, gastroparesis and stomach problems may be reduced with dietary changes. Gastroparesis is a progressive disorder causing food to remain in the stomach for prolonged periods of time. The condition is also known as delayed gastric emptying. Gastroparesis often stems from the damage to the nerves running through the digestive tract, so the muscles do not work as they normally would. As a result, the food remains in the stomach undigested.

Gastroparesis is common in type 2 diabetics, especially in those who have been diagnosed with high, uncontrolled glucose levels for a long time. Having high glucose for an extended period of time can lead to nerve damage resulting in gastroparesis.

Because gastroparesis is progressive, you may not even realize you have the condition, as many of its early symptoms resemble other conditions. Symptoms of gastroparesis include heartburn, nausea, vomiting of undigested food, early fullness after a small meal, weight loss, bloating, loss of appetite, stomach spasms, acid reflux, and glucose levels that are hard to stabilize.

The study included 56 diabetics with gastroparesis. The participants were put on a small particle diet and experienced significant relief from their gastroparesis symptoms, compared to those who stuck with a traditional diabetes diet focusing on large particle foods.

Small particle food is food that falls apart, such as a boiled potato when mashed with a fork. Other examples include fish gratin, meat loaf, and thin soups.

Researcher Eva Olausson said, “Eating and the resulting symptoms can be very anxiety producing for gastroparesis patients. The subjects who were put on a small particle diet experienced reduced anxiety levels.”

On the other hand, large particle food could be used to help diagnose gastroparesis, with the patients swallowing a special marker that can be easily followed through the digestive tract.

Working closely with a nutritionist, doctor, or dietician can help you develop a few diet options based on foods that promote healing. Below are some tips to keep in mind when adjusting your eating style:

In some cases, surgery is required to treat gastroparesis if the patient is unable to tolerate food and liquids. Doctors may recommend a feeding tube to be placed in the small intestine, or a gastric venting tube to help relieve pressure from gastric contents.

Feeding tubes are temporary and are fed through the nose into the small intestine. They are used in severe cases of gastroparesis.

For diabetics specifically, it’s important to control blood sugar levels as much as possible as high glucose can worsen gastroparesis. Blood sugar control can be accomplished by taking insulin more often or changing the type of insulin, taking insulin after meals instead of prior, checking glucose levels more often, and administering insulin when required.

Your doctor will determine the best mode of treatment depending on the severity of your condition.