Home » Colon And Digestive » Poor digestion? It could be this 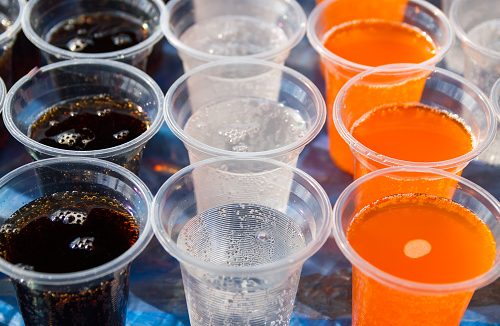 Digestive issues are on the rise, there’s no denying it. Bloating, constipation, diarrhea… digestive woes are becoming increasingly frequent. There are many reasons for poor digestion, from food allergies and intolerances to even irritable bowel syndrome (IBS).

You may have heard that soda consumption has been associated with obesity, diabetes, heart attack, and gout, just to name a few. Mounting research suggests that carbonated beverages should be banned from your daily menu. And a recent study is now adding more fuel to the fire, as it has uncovered that diet soda, in particular, can wreak havoc on your digestion.

The study revealed that drinking large amounts of diet soda disrupts the good bacteria commonly found in the intestines. The researchers found that the artificial sweeteners used in diet soda – aspartame, for example – change the bacterial makeup of the intestines.

Registered dietitian at Baystate Medical Center Paula Serafino-Cross said, “We don’t know exactly how it affects the gut flora and the microbiome, and that’s one thing they are doing a lot of research on, how important this gut flora is and how we don’t want to do anything to disturb it.”

It is important to note that the findings are based on the effects of drinking large amounts of diet soda – in other words, regular consumption – so you are not putting yourself under too much of a threat if you choose to enjoy a can on occasion. Still, soda in general should be avoided, as it doesn’t offer any nutritional value or health benefits. Instead, stick to water for hydration. The simple H2O can work wonders, making you feel better and aiding in overall good health.

If you get bored with plain water, you can always throw in some berries or lemon for sweetness. One way or another, it is still a much healthier option, compared to soda and other beverages loaded with sugar and artificial sweeteners.

Side effects of drinking too much diet soda
Study: Diet soda can make you gain weight