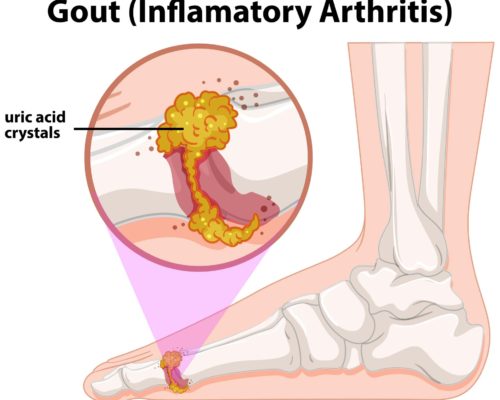 Diabetes increases the risk of stroke in women with gout. Gout is a type of arthritis that affects the tiny joints in the foot and ankle, but primarily in the big toe. It is caused by the crystallization of uric acid, which forms from high levels of purines that can be found in many foods we eat.

Few studies have looked at the link between gout and comorbidities among females. This led researchers to investigate men and women further to determine the different transition trajectories and the occurrence of stroke. Men and women were followed from 2000 to 2009 to identify comorbidities of heart disease, diabetes, high blood pressure, hyperlipidemia, and chronic kidney disease.

The researchers concluded that the findings could help provide clinical awareness concerning early assessment and management of gout-related comorbidities among women.